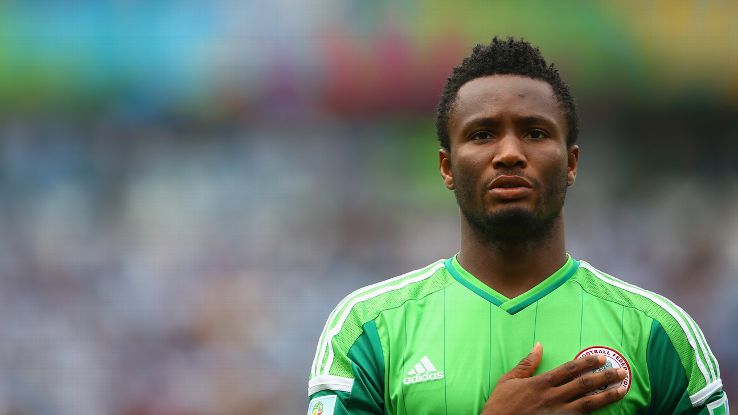 Samson Siasia, coach of the Nigerian U23 squad, has appointed John Mikel Obi as captain of the team representing Nigeria at the  31st Olympics in Rio de Janeiro, Brazil.

Announcing his choice at the end of a meeting with players and officials on Saturday, Siasia said the choice of the midfielder was natural.

He also expressed excitement over being the first Nigerian coach to produce a player that will captain the entire Team Nigeria.

“It’s just natural for me to pick Mikel as our captain,” he said.

“Aside the fact that he is the captain of the Super Eagles, he is also Team Nigeria captain… I am pleased to say Azubuike, who has been our captain understood and was happy to hand over the captain’s band to Mikel.

“It is a thing of joy for my team to produce the first footballer to captain Team Nigeria to the Olympics.

“This, to me, is more than gratifying.”
On his part, Mikel expressed joy over the development, saying the “honour must yield result in Brazil”.

The players will depart US for Brazil on Monday.

The earlier arrangement was for the team to depart for Brazil in batches due to difficulties in securing seats, but the Nigeria Football Federation(NFF) decided against that movement and is now thinking of either getting them to Brazil as a team or chartering a private plane to take the team directly to Manaus, venue of their first match.

Their first encounter – scheduled for Thursday – is against their Japanese counterparts.

Popular Celebrities that had so much but ...