The African Union Commission has invited Dr (Mrs) Sandra Nwugo, Managing Director/CEO, Femaz Micro Finance Bank to address the African Fashion Business Summit scheduled for 13th – 15th September, 2016 at the African Union Headquarters in Addis Ababa. She will join other business leaders from around the world to address practitioners in the fashion, garment and textile industry from over 30 African countries.

The African Fashion Business Summit is one of the activities lined up during the Africa Fashion Reception scheduled to hold 13th – 15th September, 2016 in Addis Ababa after which all participating countries will be presented to the international audience in Paris end of October. The theme for the Summit is ‘Creating Wealth for African Economies through its Fashion, Garment and Textile Industry’.

The Africa Fashion Reception is a Pan African Initiative organized by Legendary Gold in partnership with the African Union. This year’s event will gather fashion designers, dignitaries, Ambassadors and media from over 30 African countries, in a celebration of cultural diversity expressed through the artistic fashion discipline with the proud theme ‘Africa is the New Inspiration of Global Fashion’

The Africa Fashion Reception is aimed at achieving the following objectives using the creative industry of Fashion as a vehicle:

The invitation of Dr (Mrs) Nwugo to address the African Fashion Business Summit by the African Union is due to her enviable trail blazing achievements with her bank, Femaz Micro Finance Bank where she has been able to create lots of jobs through the empowerment of women and youths. Her topic of address during the summit is ‘The role of Microfinance bank in creating wealth for SMEs in the fashion industry’

Dr Mrs Sandra Ikoku Chidimma Nwugo is an Entrepreneur, Banker, Motivational speaker, Film Producer etc. She began her banking career as an accountant with ECN Professional Services in Lagos State. She later joined Joinder Gas and Petroleum Company, also in Lagos, where she worked as a Cash manager. She joined Fortis Microfinance bank in 2010 as a Relationship Manager and Cash Collector in charge of cash movement and customer management. She displayed her entrepreneurial skills in 2013 when she founded the financial institution known as Femaz Cooperative Society Ltd. Two years later, the institution evolved to Femaz Microfinance Bank Ltd.

Besides being the CEO/MD of Femaz Micro Finance bank, Dr (Mrs) Sandra Nwugo is also the Founder of Busy Minds Entertainment Limited and Esther City of Zion Orphanage in Abuja, Nigeria.

She has a PHD in Philosophy from Global Oved Dei Seminary & University {GODSU} in Washington DC, MBA in Marketing, Post Graduate Diploma in Banking and Finance and a Bachelor degree in Mass Communication from Enugu State University. 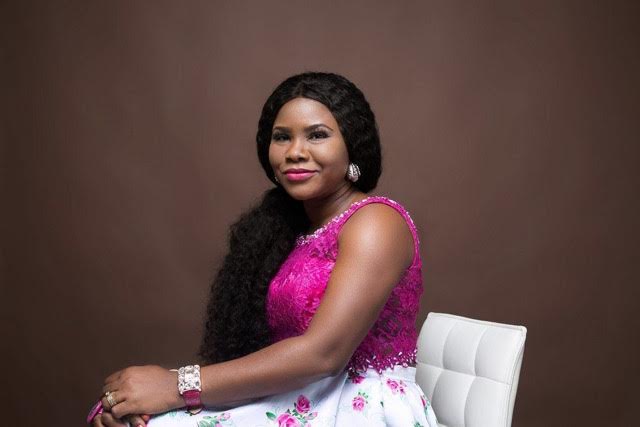 She has received the following awards – the Capital Territory and Advancement Award for Creativity and Enterprises (2015), Excellence for Women Empowerment and Entrepreneurship Award, Young CEO Business Award, Capital City Role Model and Awards (2015). She is also a member of Chartered Institute of Bankers of Nigeria (CIBN)

Her prowess as an outstanding entrepreneur and philanthropic gestures spread across the Nation. More elaborately, Dr Mrs Nwugo has been engaged in so many humanitarian projects such as the Establishment of Esther Zion Orphanage, Abuja Nigeria, Human Capital Development through her Femaz Microfinance Bank, Media Campaign for support to vulnerable children as seen in her movie “REVELATION” produced in 2014 etc

To applaud all her efforts, she has been nominated for lots of other awards due to her Humanitarian Acts and Excellence in business. Dr Mrs Sandra Nwugo has won a number of Awards including African Achievers Award as fastest Growing entrepreneur on the 25th of July 2015.