After 17 years of promoting designers from Nigeria and Africa in the world’s fashion capital, Paris and other parts of the world, African Fashion Ambassador, Lexy Mojo-Eyes recently met the French President in Paris, France.

It was at the French National Day VIP cocktail in Paris also known as the Bastille Day. This is the most important bank holiday in France. The Bastille Day signifies the French revolution which took place 227 years ago (1789) as well as the Fête de la Fédération which celebrated the unity of the French people. 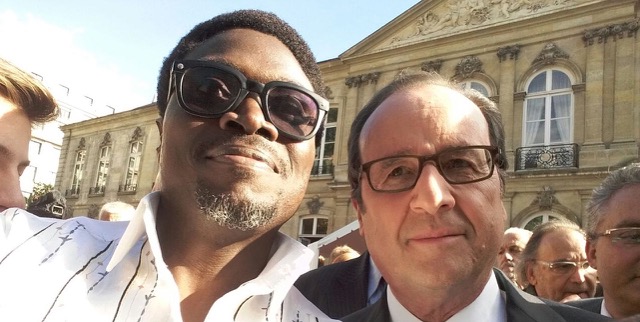 His invitation is in recognition of his contribution to the social economic bilateral relationship between France and Africa.

It should be recalled that in 2010 when France was bidding with the United Kingdom to host the 2012 Olympic Games, Lexy Mojo Eyes was named by the French government as one of its global ambassadors to support its bid. His history with France started in 2000 when he presented 10 Nigerian designers at the Nigerian Fashion Show at the UNESCO in Paris in a huge event that made global headlines.

Apart from attending the French National Day where he met François Hollande,  Lexy Mojo- Eyes has been in the French capital to conclude on going arrangements towards the successful hosting of the 3rd edition of the Africa Fashion Reception.

The Africa Fashion Reception (AFR) is a Pan African initiative organized by Legendary Gold Limited in partnership with the African Union Commission. This year’s event will gather fashion designers, dignitaries, Ambassadors and media from over 30 African countries, in a celebration of cultural diversity expressed through the artistic fashion discipline with the proud theme ‘Africa is the New Inspiration of Global Fashion’

The Africa Fashion Reception is aimed at achieving the following objectives using the creative industry of Fashion as a vehicle: 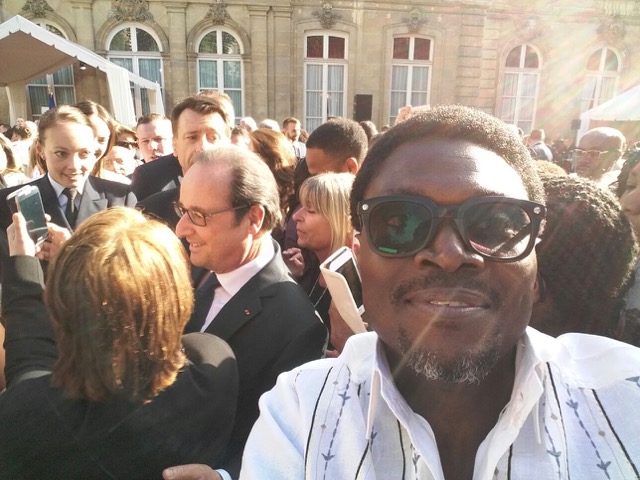 One of the activities lined up during the Africa Fashion Reception at the African Union in Addis Ababa is the first African Fashion Business Summit with the theme ‘Creating Wealth for African Economies through its Fashion, Garment and Textile Industry’. It will also feature exhibition and runway shows by each participating country.

After the event in Addis Ababa, all the participating countries will be presented in a grand event in Paris by the end of October to the international market.