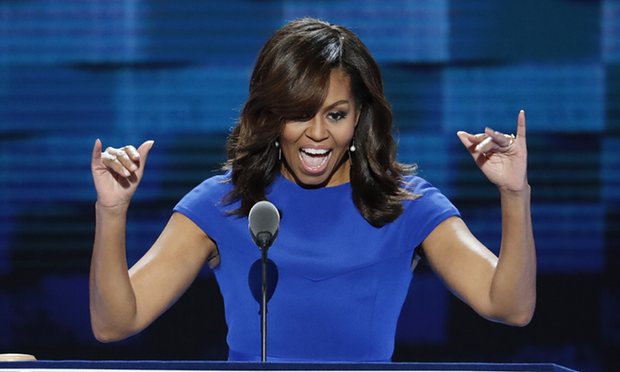 Michelle Obama, the first black first lady in American history, gave a 15-minute address to the Democratic national convention that drew cheers, left some delegates openly weeping and did more than any governor or congressman to unite and fire up the party for November’s presidential election.

It also added a chapter to the dynastic saga of the Obamas and the Clintons, coming four years after Bill Clinton gave an extraordinary speech to help Barack Obama get re-elected.

The former president was in the audience on Monday – caught on camera mouthing the word “wow” as Michelle Obama delivered one of the most passionate speeches of election year. On Twitter, President Obama wrote: “Incredible speech by an incredible woman.”

Michelle is no doubt a master of speeches and she just confirmed it again.

Watch the short video below