YBNL Toast, Adekunle Gold has finally released the most anticipated album of the year ! The singer who originally scheduled the release date for the 28th of July decided to release the album today, the 25th of July in a bid to surprise his eager fans.

The album promises to blow minds as Adekunle Gold brings on versatility like never seen before. On the album, he experiments with different sounds, but remains true to his well known style as well as the quality of his message. Every track on the Gold album shows beyond doubt a professional delivery of exceptional music. This is one artiste who creates music that remains relevant for generations to come. Truly, the King of Urban Highlife has arrived and his reign is carved in Gold… 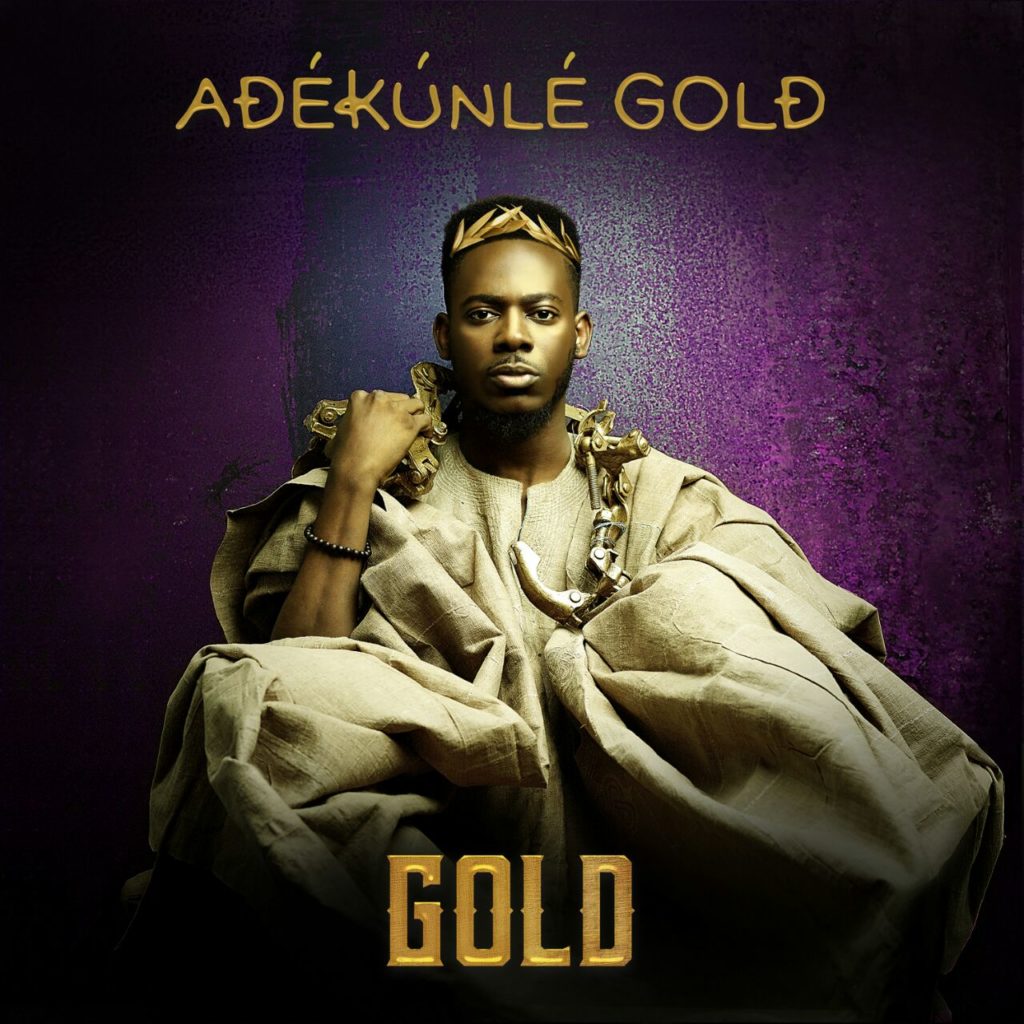 Kosoko Adekunle popularly known by his stage name Adekunle Gold is a graduate of Lagos State Polytechnic with a degree in Graphics. He is no stranger to music as he wrote his first song at the age of 15. His music career kicked off officially in 2010 when he formed a band called The Bridge with his best friend Seyikeyz. The duo released three songs;  No Sleeping on a Bicycle, Norm Breaker which featured Skales and a cover for John Legend’s All of Me.

In 2013, Adekunle Gold left his band to debut as a solo act. Having identified his style of music, he released a song titled Let It Stop, a song about peace for the nation.

In 2014, he released yet another beautiful rendition of One Direction’s Story Of My Life which he titled Sade.  Sade is credited to be the propelling force of Adekunle Gold’s career.

Adekunle Gold is signed to YBNL Nation and has released three very successful singles which have enjoyed massive airplay since the release of Sade:  Orente,Pick Up, and Ready.

a Gold, is no strangerhurch choir.