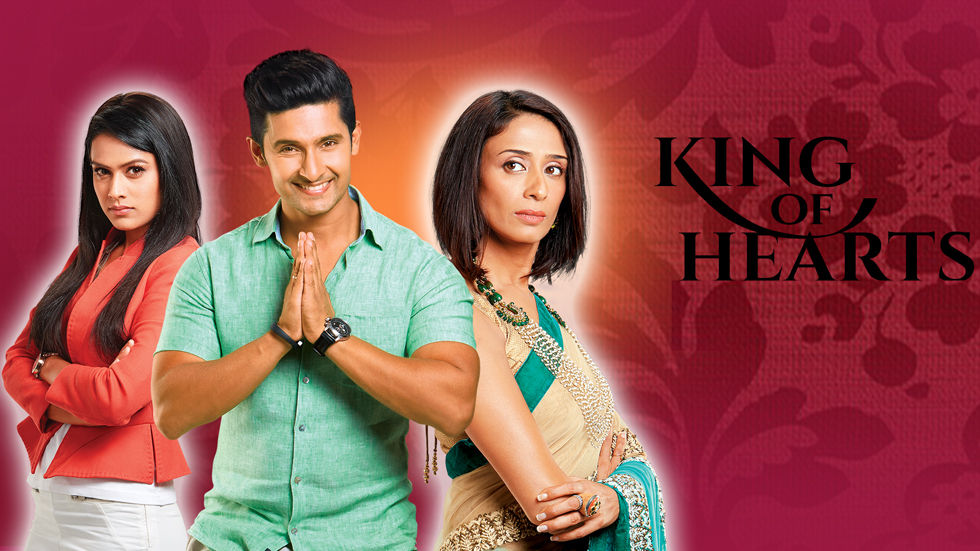 Silver Lining: Silver Lining will have you on the edge of your seat! The show brings you a story of two orphan sisters Isha and Ira. The siblings are separated by circumstances and reunited by destiny later in life. Isha joins a radio station with the intention of finding her sister. Ira on the other hand grows up to be a rich spoilt brat. Angry with her past she erases all memories of her childhood. Unaware of their shared past, the duo meet and become best friends. Isha is placed in another dilemma when she discovers they both are in love with the same childhood friend, Sam. Will Isha sacrifice her love for her sister? Tune in 26 July 18:00 CAT .
King of Hearts: King of Hearts is the story of Siddharth, who despite being a jet-setting hotelier with a growing empire to attend to, takes it upon himself to repair the estranged relationship between his wife Roshni and mother-in law Durga Devi. While Durga Devi has seen the trials and tribulations of poverty and struggled her way up to riches, she has hardened over the years and developed a somewhat condescending view of the middle class. Siddarth and Roshni are constantly put under tests to prove their love or sacrifice their love in-order to bring happiness within the house. Tune in from  Friday 29 July at 21:00 CAT.

If Only I Were You: Jonathan talks to Ines about their marriage. Paloma shows up saying her new home purchase is confirmed, and she will have an inauguration party. Ines tells Sara that Jonathan is ok, but is in intensive care. When Ines sees him in bed, she remembers when he confessed his feelings to her. Paloma agrees to marry Pedro. But Paloma tells Pedro to wait a few weeks before they give out the news of their wedding to their friends and family. Tune in weekdays at 16.20 CAT.

Under The Same Sky: Carlos is worried about Rodrigo, while Cristobal searches for Felicia. Rodrigo’s trial begins, with his fate now in the hands of the law. Carlos begs Felicia to let him go, telling her that Colmillo doesn’t love Anita. Rudolfo seeks forgiveness and Felicia makes an escape. Adela finds Felicia on the streets, and tells Christobal. Rodrigo begs forgiveness from his family and friends. Then, it’s time for a special wedding. Tune in on weekdays at 17.10 CAT.

Untold Stories of the ER (S5): Untold Stories of the E.R is a fast-paced medical series that blends re-enactments of real emergency room cases with comments by the actual physicians and nurses involved in the procedures. Often the patients give first-person accounts and some even play themselves during the re-enactments.  The series follows the real life stories of doctors at real hospital emergency rooms and the troubles they face trying to help the people that they encounter.  The doctors share their most bizarre and puzzling cases. Typically these involve medical sabotage, violent or strangely acting patients, life-threatening injuries, or even situations where the physician is too overwhelmed to handle the case!   From Monday 25 July at 17:10 CAT.