The CEO and Ghostbusters still showing at SILVERBIRD cinema 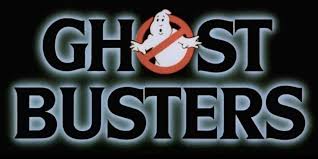 It is the season of awesome movies in the cinemas with SILVERBIRD FILM DISTRIBUTION reeling out great films this July;

The  highly anticipated summer blockbuster hit from the studios of  Sony Pictures releasing international , Ghostbusters which broke box office record of being the Most Successful Comedy of the 80’s is back in the cinemas with a good twist from July 22nd

And the Nollywood blockbuster movie The CEO produced and directed by award winning director, Kunle Afolayan still continues to make waves in cinemas, holding strong as the number one box office hit Nationwide.

Ghostbusters makes you reel with laughter as movie director, Paul Feig works with the industry’s finest and funniest actors to deliver the supernatural sci-fi comedy with a new twist and zest.

The cast of Kate McKinnon, Melissa McCarthy, Kristen Wiig, Leslie Jones and the adorable Chris Hemsworth who shows us his dorky side, make up a great team who come together to save the world against all odds.
Its indeed a time when visiting the cinemas will totally be worth your while with the intrigue and suspense in The CEO which has an amazing Pan-African cast line-up; Angelique Kidjo, Wale Ojo, Lala Akindoju, Hilda Dokubo and Jimmy Jean Louis taking us through a blockbusting twist hinged on the selection of the CEO for a top telecommunications company. The CEO will leave you spellbound and at the edge of your seat probably spilling your popcorn and drink!

Be sure to catch these movies, The CEO and Ghostbusters in cinemas nationwide and enjoy the best cinematic experienc)

TransWire Communications is a global phone network with major operation in Nigeria. The CEO, an expatriate, has retired hence the Global Chairman has decided to send five nominees amongst his most senior level staff across Africa on a Leadership course in order to determine which one to appoint as the new CEO of Nigeria.

All five arrive from their respective destinations and check into the beach resort where the course is holding. Although they all appear cordial and chummy with each other, they all know what is at stake – they each desperately want the CEO’s chair. And to this purpose, they attempt to covertly outdo one another throughout the duration of the course.

What is the FIFA President doing in ...