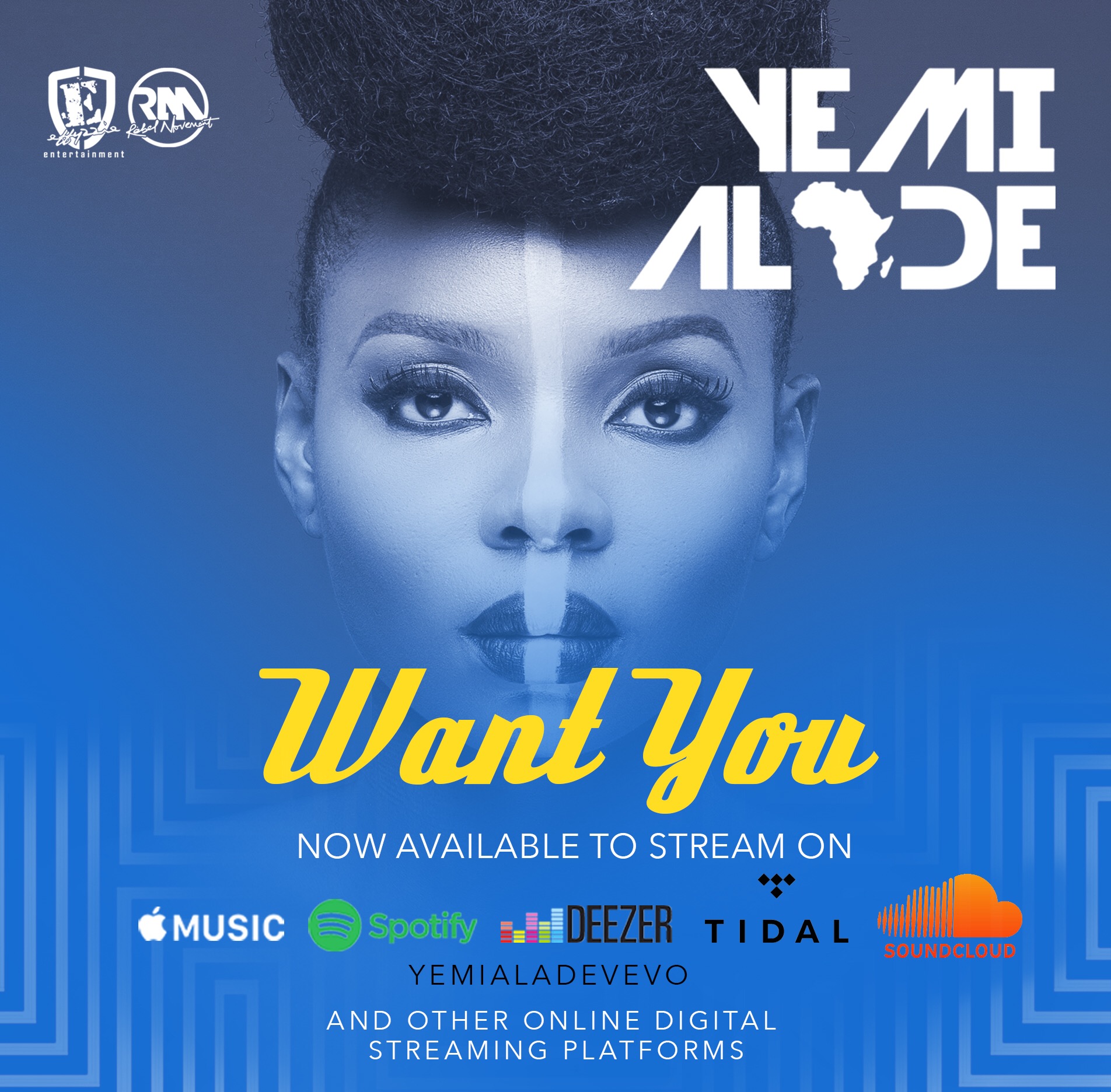 Yemi Alade is an award-winning Nigerian afro-pop & R&B diva. Yemi Alade won the award of “Best Female Act” at the 2015 MTV Africa Music Awards and has been nominated for the MOBO Awards “Best African Act” and BET Awards’ “Best International Act: Africa” two times in a row. Yemi Alade is currently the most viewed African female artiste of all time, with over 80 millions views on YouTube; and is popularly known for her smash single “Johnny”, her chart topping albums “King of Queens” and “Mama Africa: The Diary of an African Woman”.

Yemi Alade who is praised for her energetic live performances, electric stage presence and strong vocals releases a new single titled “Want You”, poised to be a summer anthem. The track is produced by raved producer Maleek Berry and has been described as phenomenal fusion of EDM and Afro-Caribbean music.

[PLEASE NOTE THAT THIS SONG IS NOT AVAILABLE FOR FREE DOWNLOADS, BUT FOR STREAMING USING SOUNDCLOUD, VEVO OR ANY OTHER LEGAL STREAMING SERVICE AFFILIATED TO THE ARTISTE YEMI ALADE AND EFFYIZZE MUSIC GROUP]

“WANT YOU” ON ITUNES: http://smarturl.it/WantYouiTunes

“WANT YOU” ON GOOGLE PLAY: http://smarturl.it/WantYouGooglePlay

“WANT YOU” ON SOUNDCLOUD: http://smarturl.it/WantYouAudio