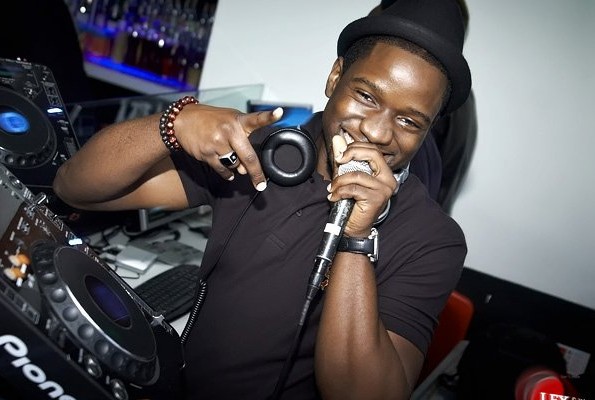 Guinness Book of Record holder, DJ Obi who is the current world record holder for DJ with the longest set after DJing for 229 hours and 58 minutes. He took a break to speak about his record breaking feat with Pulse.ng.

Here is what he said, enjoy!

“It’s overwhelming, but it’s good, it’s overwhelming because I’m usually just a private person, I like to just do my thing and be quiet about it, but now I have to talk to everybody, I’m still very sleepy, so I’m trying to sleep but at the same time I have to do it, you know, the press rounds and interviews and stuff like that, but it’s great, you know, this is why we did it, this is why we decided to try and break a world record so we could get the name and brand out there.

“My purpose is to be different and diverse and it’s easier to do that if you just sit down and look at the route that everybody follows.

“There’s a problem with the Nigerian entertainment industry but there is also a solution for anyone that’s trying to be different.

“So no one’s trying to be different, same thing with the DJs, one DJ releases a music video, a music track, everybody wants to do the same thing, everybody forgets that there’s still the basic deejaying to do – bringing the party to life, breaking new records, if all the DJs are releasing music videos and music records, who is breaking their records…

“From the day I decided to do it, to me it was done already, I just needed  to actually execute it, and also with prayers, so as you can see everyone is talking about it as if it’s not humanly possible, it really isn’t human, God really did help me out,  I prayed and dedicated this thing to God from day one into God’s hands.”

SuperSport goes all out for Rio Olympics