The organizers of this year’s Dubai Summer Reunion Party has announced BRAIN as one of the guest artistes that will be gracing the occasion billed to hold in Dubai from 7th to 15th August, 2016. This a big platform for BRAIN and he will be performing alongside other musical acts such as Dammy Krane, Jyhbo, Q-Dot, Opa6ix, Chinadex and many more.

The rap act that recently dropped his debut EP, “Hurricane Season” is all excited about the event and believes it to be an opportunity to launch himself unto the international 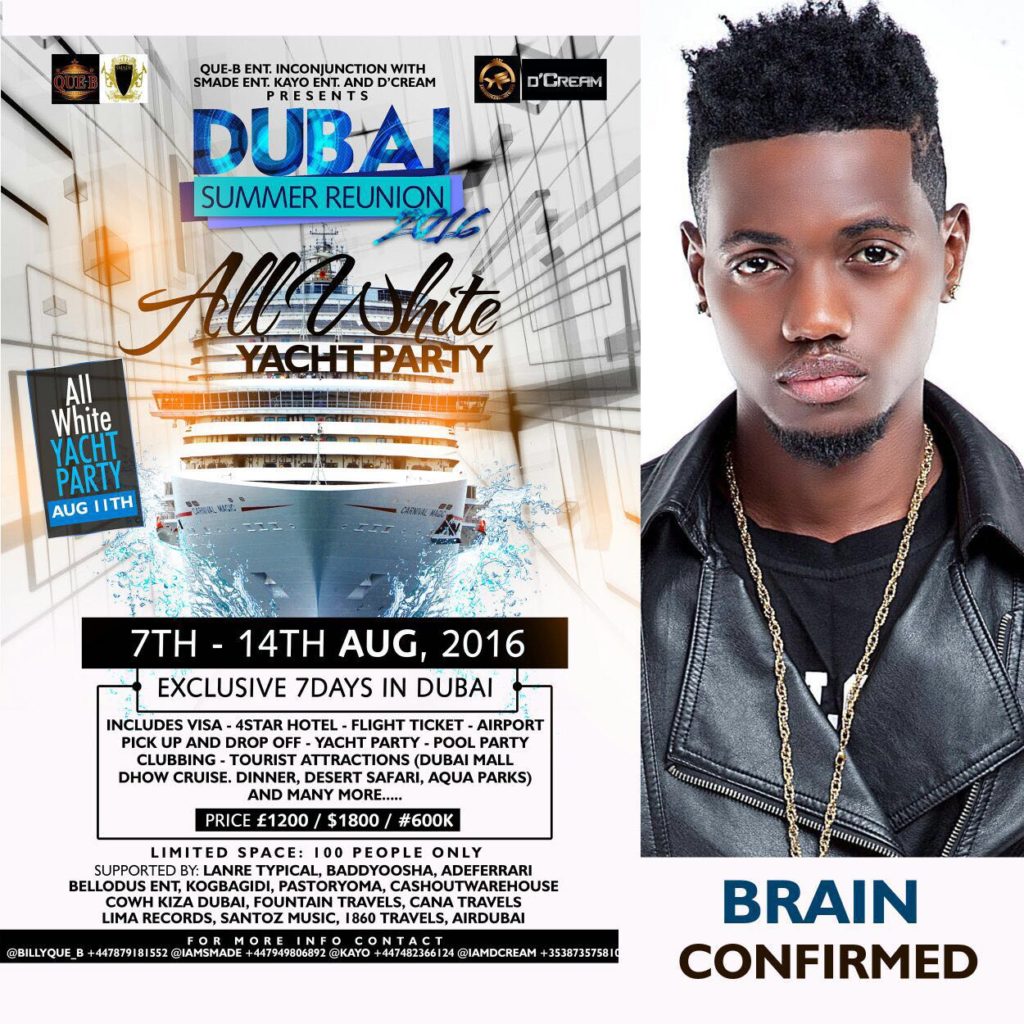 The annual event which is being packaged by Billy Entertainment UK provides a big platform for showbiz and entertainment practitioners across the globe to converge in Dubai to have fun, party and network during the Summer time.

The holiday package whose activities for the 7 Days of Fun include: Pool Party, Clubbing, Tourist Attractions, Shopping at the Dubai Mall, Dhow Cruise Dinner, Desert Safari, Aqua Parks and many more.

There’s also an exclusive All White Yacht Party on Thursday 11th August just for 100 people ONLY!

BRAIN is currently in the studio working on new singles and collaborations that will be dropping soon.