No Rio show for Sharapova 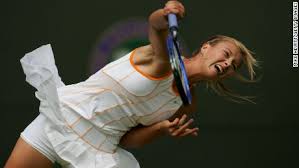 Maria Sharapova has been ruled out of the Rio 2016 Olympics after her doping appeal at the Court of Arbitration for Sport (Cas) was postponed until September.

The 29-year-old superstar then filed an appeal last month with Cas, seeking to overturn or reduce the suspension so as to make her eligible for the Rio Games.

Although both parties agreed to an “expedited procedure,” allowing CAS to issue its ruling this month, they have now requested for more time to prepare their case and also cited “scheduling conflicts, CBS News writes.

“Maria Sharapova and the International Tennis Federation (ITF) have agreed to defer the Cas decision until September 2016,” said a statement.