Did you say Kogi Governor spent 1Billion on vehicles? 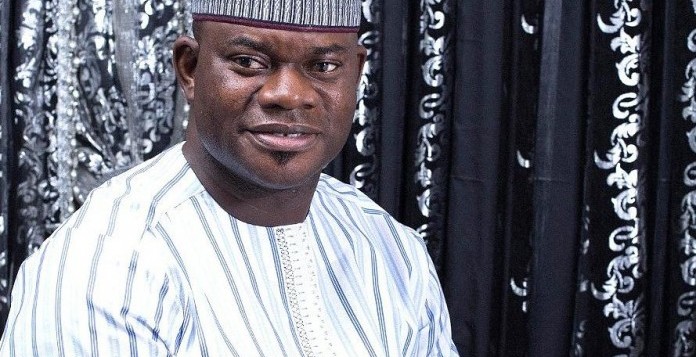 Sahara Reporters is at it again. This time their sniffer dogs have exhumed evidence which according to them proves that Kogi State Governor, Yahaya Bello spent about One billion Naira on vehicles since coming into office less than a year ago.

You will recall that Kogi State is one of the few states whose bail out funds have been approved by the Central bank of Nigeria. Workers in the state are presently on strike due to non payment of salaries.

The revelation on the  amount spent on cars was revealed by a group under the aegis of Audu-Faleke Political Organisation made this revelation to newsmen.

Sahara Reporters reports that Duro Meseko, who is the media director of the Group, issued a statement on their behalf saying “We find it hard to believe that despite repeated admonitions by well meaning groups and individuals, the Yahaya Bello administration still went ahead on an unimaginable flight of fancy by purchasing expensive vehicles for use by some aides of the governor and the governor himself.

“Credible information reaching us indicates that Ford SUVs (jeeps) worth N18 million each and Ford Ranger Trucks (pickup van) worth N6 million each were purchased for the 21 Local Government Caretaker Chairmen in the State, totaling N504 million.

“This is in addition to the 70 Ford Ranger Trucks purportedly purchased for the Police totaling N420 million and, of course, different from the N135 million bullet- proof Range Rover ordered for the governor and being shipped home presently.”

The group has called on all and sundry to please join hands in calling the governor to order, claiming that he is milking the state without taking the people into consideration.

The governor who has successfully settled the 8 months old rift between the factions of the house of Assembly in the state is yet to release an official statement on the issue.