A German millionaire has bought the most expensive house ever sold in Africa ,and it came with a Porsche Cayenne and an Aston Martin DB9 .

The three-storey home – which has seven bedrooms, an infinity pool and exquisite 360-degree views of Cape Town – was bought by a German entrepreneur for (290 million rand)£14.5 million.
Dirk Ströer, boss of one of Germany’s biggest online and public advertising companies, will use the record purchase as a holiday home for him and his family, his estate agent said.

Mr Ströer, from Cologne, had not planned to spend so much money, nor even buy in Cape Town, agent Adrien Feinstein said.

‘THEY WERE NOT PLANNING ON BUYING SUCH AN EXPENSIVE PROPERTY, BUT THEY FELL IN LOVE WITH IT. IT HAS SPECTACULAR VIEWS AND IT IS A SPECTACULAR HOME,’ SAID MR EPSTEIN.

The German couple, who have two children, had chanced upon the award-winning home during a visit to friends in Cape Town, settling on a price with the owners last month.

Mr Epstein said that the couple had been looking to buy a property in Ibiza or Saint Tropez‚ but then settled on Cape Town.

‘WHEN YOU BUY A TOP-END PROPERTY IN LOCATIONS LIKE IBIZA AND SAINT-TROPEZ‚ THEN R290-MILLION (£14.5M) IS AVERAGE – IT IS NOT AN EXTRAORDINARY PRICE‚’ MR EPSTEIN TOLD SOUTH AFRICA’S SUNDAY TIMES. 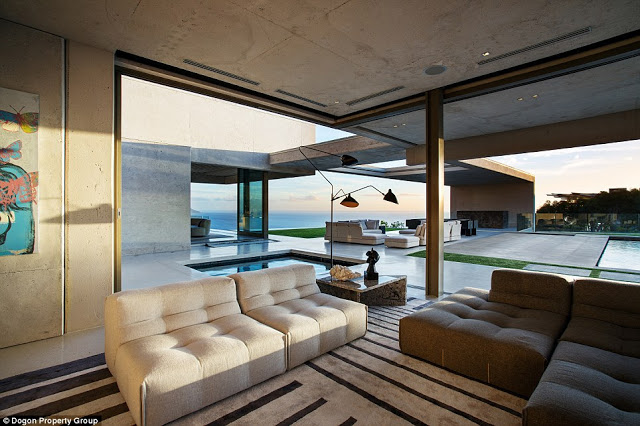 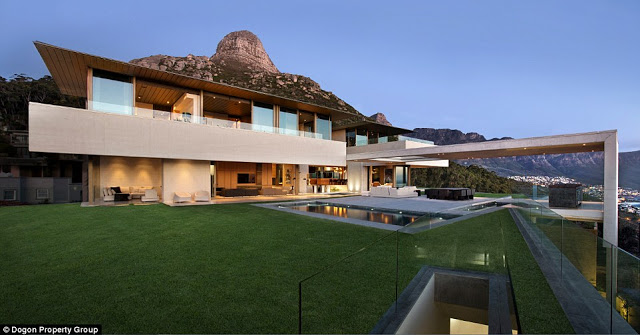