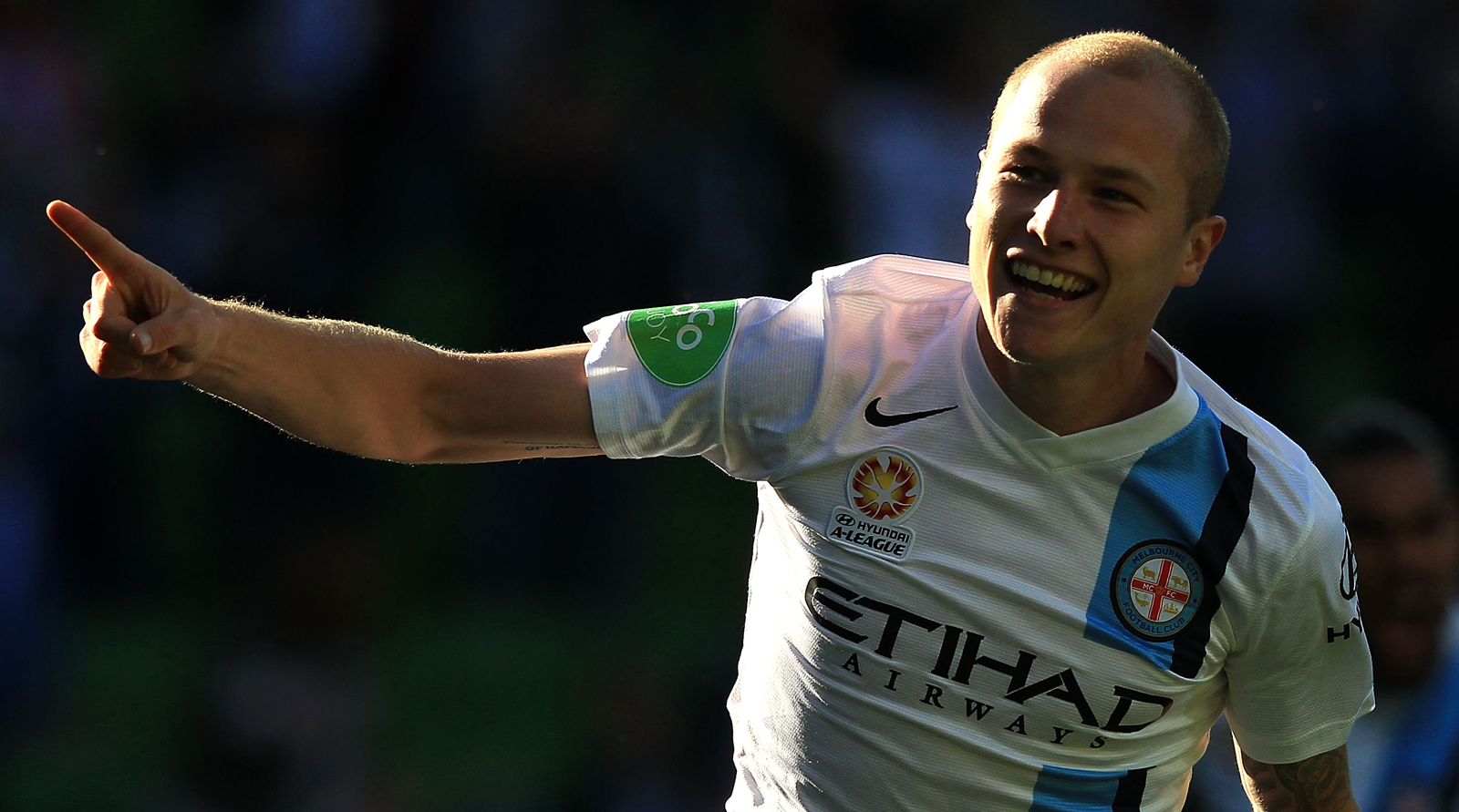 It has been confirmed and it is official that Manchester City have completed the signing of Aaron Mooy from Melbourne City. This is coming a few months after the Billionaires sacked their coach, Manuel Pellegrini and contracted the services of former Barcelona and Bayern Munich tactician, Pep Guardiola.

The 25-year-old has agreed a three-year deal at the Etihad, according to the Australian side.

Mooy scored 11 goals and chipped in with an A-League record 21 assists in his first season with Melbourne and has twice being named the club’s Player of the Year since joining in 2014.

“Aaron is an extremely talented player who possesses the attributes we hope to foster and encourage within the City Football Group,” Brian Marwood, City’s managing director of football services, told Melbourne’s official website

“Aaron’s move to Manchester allows us to further expose him to a high standard of opportunities to ensure his professional growth.”

Melbourne head coach John van ‘t Schip said: “Aaron was a fantastic contributor. He is deserving of his new opportunity and we wish him all the best for the future.”

Mooy has won 16 international caps for Australia to date, having marked his debut with a goal in a 9-0 win over Guam in December 2012. He has scored five goals for his country in total.

Fellow midfielders Luke Brattan and Anthony Caceres will head in the opposite direction on loan for the forthcoming season.