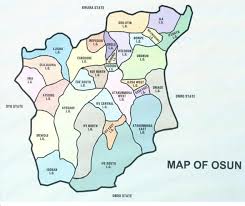 The reader is invited to take a close look at the two photographs on this page as we ponder the Hijab controversy in the State of Osun. One is that of a Catholic nun and the other is of a nun of the Eastern Orthodox Church. They are both Christians. Now, is there any remarkable difference between their mode of dressing and that of a Muslim female in Hijab? In fact, they are culturally similar.

This exercise could be useful in determining the direction to which the appeal for respect for the rights of others should be directed. The two photographs show the ladies appearing in what in the Middle East would be deemed decent dressing. The historical fact is that both Abrahamic faiths, Christianity and Islam, have Middle East origins.

And the nexus between religion and culture is a strong one. Sometimes clerics of both faiths present cultural practices (often conditioned by geography) as religious obligations. This fact is often lost on many people of faith in Africa in contemporary times. For instance, as richly documented by some of our eminent historians, way back in the 19th and 20th Centuries, Christian converts in Nigeria, for example, were conscious of the interplay of forces of religion and culture. Hence they came up with churches with distinctive flavours of African culture. Not any more. For some Christians today, embrace of African culture could sometimes be sinful! Similarly, Arabic cultural preferences are sometimes presented as strict Islamic obligations.

If either of the nuns in the photographs were in the same room with a Muslim female in her Hijab, it would be strange if one feels odd about the mode of dressing of the other. After all, the cultural origin of the way they both dress could be traced to the same place. For peaceful co-existence, there should be mutual respect of views between the Osun Christian and Muslim leaders. It is particularly worrisome that this crisis is brewing in communities where people of different faiths had lived harmoniously for ages.

Some of the parents, who now put on their wards all manners of apparels to dramatise the dispute, wore school uniform dutifully when they attended schools founded by either Christian missions or Muslim organisations not long ago in this country. The controversy on how parents prepare their children for school is dangerous for the future. Yet it is avoidable. For the purpose of standard, it is the place of the school authorities to have the rule against indecent dressing by students. That is why there are school uniforms.

For those who insist on crucifying Governor Rauf Aregbesola, the fact of the case should not be buried in the rubbles of the needless controversy. The governor has repeatedly said he never ordered the use of Hijab. And that is the truth. It is unfortunate that Aregbesola’s critics are taking advantage of the economic difficulties faced by his government in alleging that the governor is diverting attention from the material situation with the Hijab dispute. You could pillory Aregbesola for not paying workers’ salaries; but it would be uncharitable to call him a religious bigot. At least there is nothing that Aregbesola, a Muslim by right, has done on this Hijab thing that could justify the allegation of religious extremism. His government has consciously demonstrated respect for Christian, Muslim and traditional religions without making any of them the official religion. His recognition of the faiths in public functions is sometimes done to a fault.

The Muslim parents have a court judgment in support of putting Hijab on their children going to school. The Christian community in Osun is kicking against the verdict. Rather than set Osun on a religious inferno, the Christian and Muslim parents could elect to exhaust the judicial process on the matter.

All told, the religious rights of every group should be respected. This is a sine qua non in a multi-religious society such as Nigeria. The constitution clearly forbids the state from adopting any official religion.
However, the point at issue is that the basic error in the whole controversy is presenting Hijab as a strict religious symbol. First, the Christians are wrong in making a religious hue and cry out of the issue.

The Christian nuns dress in a similar to Muslim ladies putting on Hijab. Secondly, the Muslims are also wrong to project it as a religious symbol. Given the cultural origins of that mode of dress in the Middle East, there is nothing exclusively Islamic about it. Thirdly, the Osun State High Court has not helped matters in pronouncing Hijab as “a human right” for students while in public schools where students are expected by rule to wear uniforms. Can Muslim women on duty in the armed forces and the police, for instance, invoke their “fundamental human rights” to wear Hijab? A female police officer, who is a Muslim, cannot invoke her fundamental human rights not conform with the discipline of an institution of which she voluntarily elected to be a member.

Public institutions are entitled to have their codes of conduct which whoever chooses to be a part should obey at all times. Schools are no exception to this rule. Every student should wear the school uniform as a matter of discipline. All the sides to the dispute should be wary of prejudice as they pursue what they deem to be their religious rights.
The lesson in the foregoing is that adherents of religions as well as those who practise no religion at all should seek deeper knowledge of issues to avoid a religious crisis. Thank God, Islam, Christianity and traditional religions emphasise endless seeking of knowledge in their teachings.