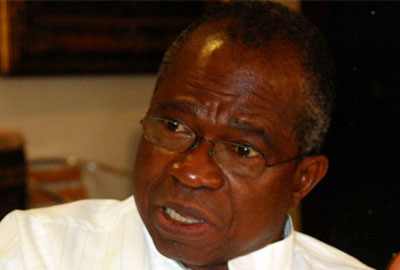 He was born May 6, 1945 in Abia State, Nigeria and was appointed Foreign Minister of Nigeria on July 26, 2007 by President Umaru Yar’Adua.

Maduekwe was also appointed Culture and Tourism minister by President Olusegun Obasanjo in 1999, Minister of Transport in 2001. As Minister of Transport he got the nick name ‘Ojo oni Keke’ for advocating for the use of bicycles, although critics said that the roads were unsafe for cyclists and Maduekwe himself was pushed into a ditch by a bus while he was cycling to work. He was National Secretary of the ruling political party, the Peoples Democratic Party (PDP). More details soon…