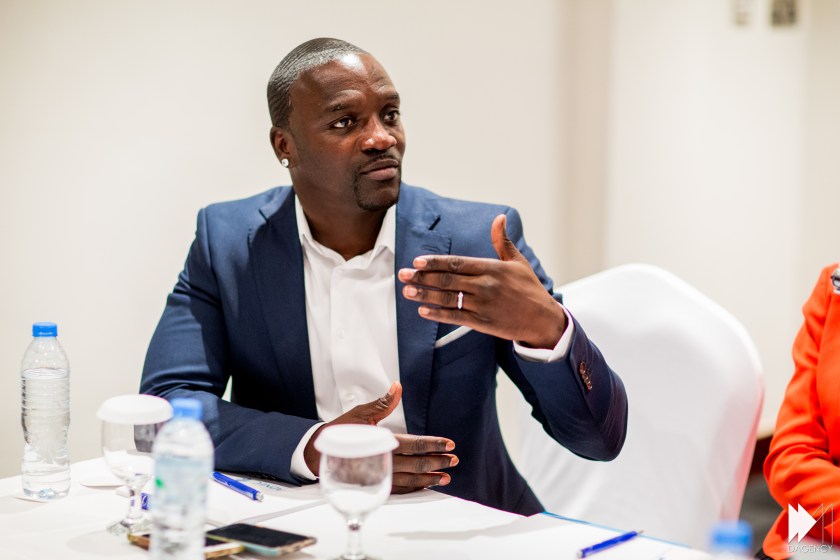 Few weeks ago, it was announced that Legendary hip-hop superstar turned philantropist and humanitarian, Akon, will be honoured with a special award tagged the “BET Global Good Award”. The BET organizers were true to their words and Akon, who was present live at the event was presented with the award by by singer, songwriter, entrepreneur, philanthropist, and all-around legend Will.I.Am, who presented the trophy to Akon for founding the Konfidence Foundation, which is dedicated to providing Senegalese youth with educational resources and access to health services, as well as his work helping to provide and develop solar power in many regions around the world with both “Akon Lighting Africa” and the Solar Academy.

The second annual Global Good Award honours individuals championing endeavors which positively impact change and heighten awareness in different parts of the world. The Grammy- and BET Award-nominated, two-time multi-platinum musical artist, producer, entrepreneur, and philanthropist, Akon holds a place in industry history as one of music’s most influential voices and is this year’s 2016 Global Good Award honoree.

Akon, whose Solar Power Initiative for Africa is regarded as one of the largest charity initiative is indeed a deserving recipient of the award. Akon and his two co-founders, Thione Niang, a Sengalese political activist and Samba Bathily, a Malian entrepreneur and CEO of the solar energy company Solektra International, believe that what rural African communities need is not overseas charity but affordable renewable energy delivered by fully trained African professionals managing for-profit projects that bring longevity, generate jobs and build new self-sustaining economies. They think this initiative could mark the beginning of an African energy renaissance in which the continent becomes the focal point of a global solar power industry.