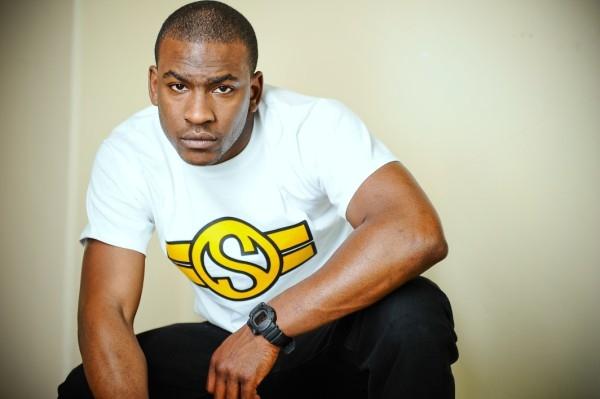 Last Night, along with other awardees – Falz (Viewers choice Awards) and DJ Black Coffee (Best International Act:Africa); rapper and popular Master of Ceremony, MC SKEPTA took home the honour for Best International UK performer. He like the other winners received the award with great excitement and promised to keep up the good work.

He contested for the award with fellow comrades Kano, Krept and Konan, Lianne La Havas, Stormzy, and Tinie Tempah – which many believed would clinch the award due to his popularity here in Nigeria and relationship with many Nigerian celebrities.

For those who do not know MC SKEPTA however, it will surprise you to know that he is proudly Nigerian.

His real name is Joseph Junior Adenuga (born 19 September 1982), better known by his stage name Skepta, he is an English MC, rapper, grime artist, songwriter and record producer of Nigerian descent. He is the brother of fellow musician Jme, and radio presenter Julie Adenuga. Similarly to his brother he is most commonly known for releasing grime music.

Adenuga released his debut studio album Greatest Hits in late 2007 and his second, Microphone Champion in 2009, both independently, while his third studio album Doin’ It Again was released in 2011 by 3 Beat Records. His fourth studio album,Konnichiwa, was recently released on 6 May 2016.