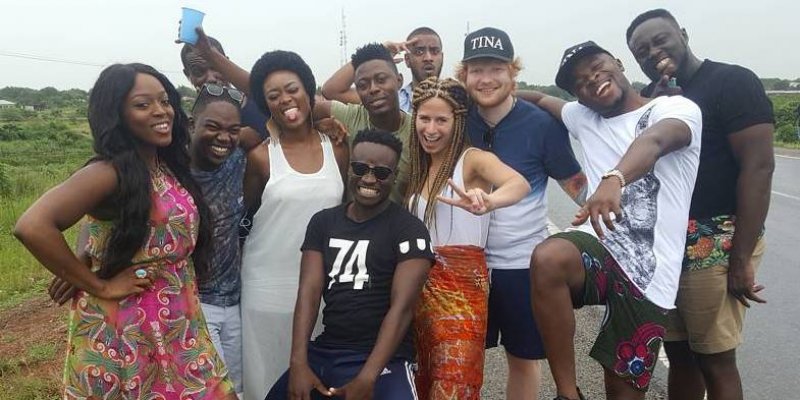 Ed Sheeran and Fuse have also been working at Fuse’s studio on new music. The music is being produced by Killbeatz.

Ed Sheeran says he is really enjoying his stay in Ghana.

Fuse ODG on his part revealed that they have already started work on a couple of videos which would be released soon.