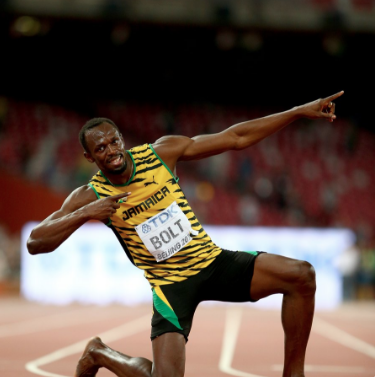 World sprint champion Usain Bolt on Tuesday confirmed he will warming up for his defence of the 100 metres and 200m Olympic titles at the London Anniversary Games in July.

Usain Bolt who showed he was in an extremely awesome form running 9.88sec, the second fastest time this year over 100m in Kingston, Jamaica last weekend will run the 200m on the first day of the two day event on Friday 22 July.

“The London Anniversary Games will be one of my last races before Rio and running in the 200m will hopefully set me up for a successful Olympic Games,” said Bolt, a world record holder in both the 200m and the 100m event.

“Great Britain has some very good young sprinters and I’m looking forward to running against them and returning to the Olympic Stadium,”

He is now looking forward to facing Bolt in front of a home crowd.

“The London Anniversary Games is always an amazing event. I can’t wait to run in the Olympic Stadium again as the atmosphere in front of a home crowd is always special. The British fans are the best in the world and with this being the last event before the Olympics, I’m sure they will get behind us like always and inspire us to produce some great performances.”

Lastly, The prodigious Hughes, who doesn’t turn 21 until 13 July and who was fifth in the 200m in Beijing last summer, is also looking forward to facing Bolt again.

“I am really looking forward to the Friday night and getting the chance to take on Bolt in London, it will be a great race and a chance for us to show our strengths ahead of Rio,” said Hughes.