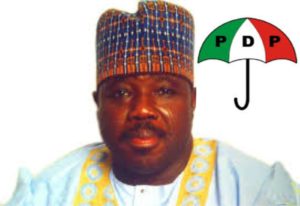 How many people have been given a privilege as this and said no?  Sen Ali Modu Sheriff is one of the few that was begged into Office.

According to a source National Chairman of the Peoples Democratic Party, PDP, Sen Ali Modu Sheriff on Monday said his office would not be vacant until 2019. Sheriff also revealed how he was literally begged to accept the Chairmanship role of the party.

While Addressing reporters at the National Secretariat of the party in Abuja, the former Senator explained how  he was never interested in becoming the national leader of the party. I assumed he took the post out of persuasion, he never wanted it. The National Working Commitee (NWC) pleaded with him to become their leader after seeing his strength and what he is everly capable of doing.

In his word, Sheriff said:

“I was begged by the NWC, the party Caucus, the governors all of them to become the chairman of the party when they realised what I can do. I never wanted to be the chairman of the party. If Makarfi wants to lead, he should wait for the National Convention and if selected by the party, then he can take over. At a point, there was a contention and the matter was put to vote, I emerged victorious after claiming the highest vote”

When he was asked why he suspended the National Convention of the party in Port Harcourt, Rivers State, the Chairman said he got court orders restraining the party from going ahead with the convention, he also added that the Independent Electoral Commission, INEC, wrote him a letter saying they will not conduct elections into three key offices of the party, which include; the office of the National Chairman, National Auditor and National Secretary of the party.

He continued by saying;

In his words: “I remain the authentic Chairman of the party till 2019 unless the court of law says otherwise,” .

According to daily post , after being refused access into the party’s secretariat by law enforcement officers, Sheriff said:

“When the police stopped me from entering my office, I went to the IGP to complain and he told me that he was not trying to stop but to protect me. I insisted that nobody will harm me and he ordered his boys to allow me access into the secretariat.”

The former Senator, however, averred that his leadership was opened to dialogue with all aggrieved factions and will do all it can to carry everybody along. 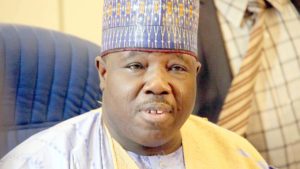