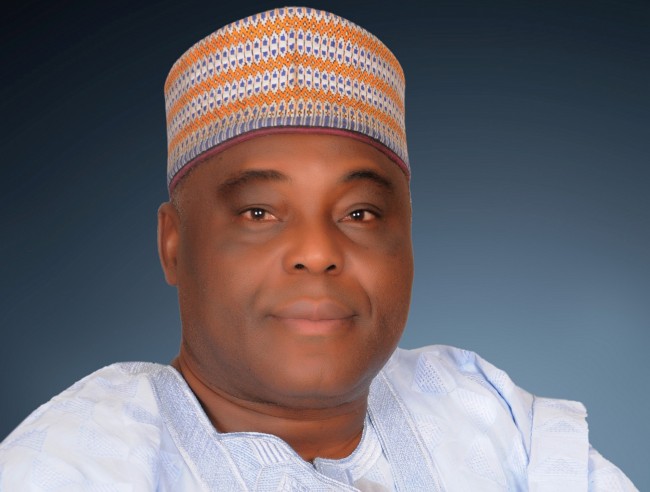 The Chairman of Daar Communications, High Chief Raymond Aleogho Dokpesi, narrowly escaped assassination attempt on his life on Saturday. The assassins, numbering about four, opened fire on the moving vehicle thought to be conveying Dokpesi but luckily, he was not in the vehicle. Unfortunately, one of his police details, Sergeant Den Gaius of the FCT Police Command, was not so lucky as he was murdered in cold blood by the armed assailants.

The unfortunate event happened at Child Care and Awareness Clinic at No 7, Fez Street, Off Kumasi Crescent Wuse 2 Abuja at 2.30am on Saturday, June 4, 2016 and shot dead its occupants. But, Dokpesi was not in the car.

According to details made available by the office of the Chairman of Daar Communications Plc, it said:

“The Managing Director of Africa Independent Television, Dr Mrs Oluwatosin Dokpesi who had arrived from Lagos complained of serious stomach cramps and was rushed to the Child Care and Awareness hospital in Wuse 2.

“She was accompanied by her cousin Ms Abolore Sode and an aide, Ms Aisha Adamu. They were escorted by the deceased sergeant. They were trailed by the Honda Accord and as soon as Mrs Dokpesi alighted from the car and entered the hospital, the assailants attacked them.

“The driver said that the assailants said in Hausa that, “He is not there. Bastard! We will still get him.’”

“They shot thrice at the sergeant and sped off. He died on the spot.”

WHY FG DID NOT NAME LOOTERS IN ...