VJ Adams on ‘The Drop Spot’ with Rexx and Ife @Metro977fm 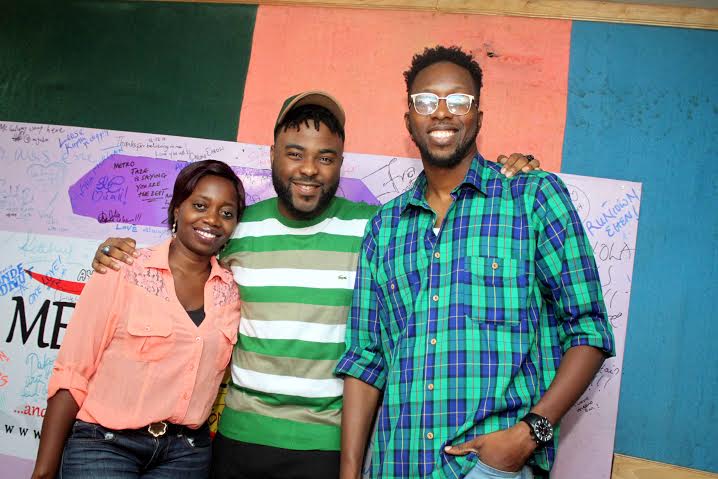 The cool and fly TV-personality, VJ Adams made an appearance on The Drop Spot with Rexx and Ife at Metro 97.7fm.

He came on to talk about his music on the heels of releasing the remix to his popular single, ‘Gbemisoke’ which now features Gabriel Afolayan while retaining Pasuma. In response to what is to be expected from his ‘Fearless’ album he says,’I was in a particular place trying to express myself and I needed to let people know that I wasn’t scared … that was why I named the album Fearless…It’s got a lot of depth’ VJ Adams went ahead to drop an exclusive from the album on the show. He talked about the idea behind the song titled, ‘When a man cries’ which features Praiz.

Rexx hit home by asking if VJ Adams felt had anything to prove to the rap community and the response was, ‘I got on a track with M.I, Vector and Ice prince. It’s titled Define Rap, they couldn’t even kill me on the track!’ ‘I got nothing to prove anymore!’. To young people who want to be different sides (the rapper, the Tv-personality etc.) or all of VJ Adams he says, ‘do it for the right reasons. People that gave up on their dreams would talk you out of fulfilling your dreams. It’s left to you to let them talk you out of it.’

Watch the interview to find out the number of tracks on the forthcoming fearless album, the other song that was premiered on the show and how much fun VJ Adams can be!