The Nigerian Police Force nabbed a 19 year old girl for impersonating popular Nigerian hip-hop star, Wizkid, on social media.
Report has it that the teenage girl has defrauded many people of over 13 million Naira.

This follows a recent scandal where a show promoting agency, Humble Entertainment, openly blasted Wizkid for failing to perform at its event despite being paid. 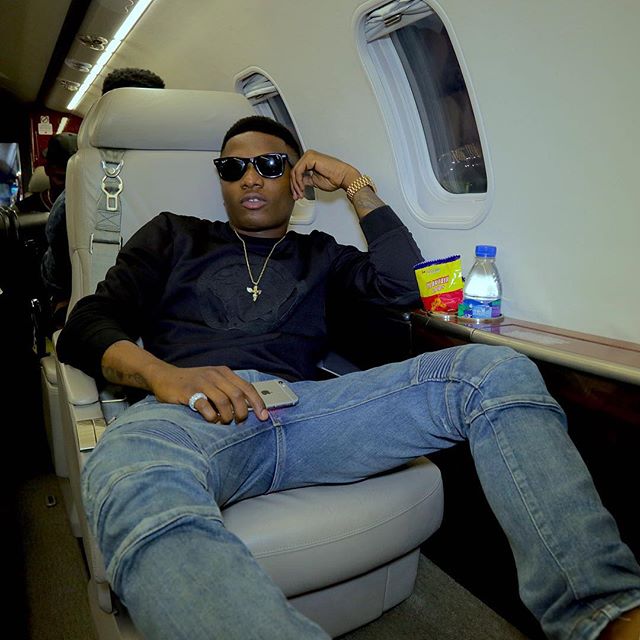 In a statement, the company claimed that, ‘despite going through all the necessary requirements to book Wizkid which included signing a contract and paying the required fee, we have been let down by the booking/management parties’.

Wizkid is represented in Nigeria by Sunday Are‘s ‘List Entertainment’ while his management in UK is Disturbing London led by Tinie Tempah. Sunday Are denied knowledge of the show while Wizkid kept mum on the
issue as well. Instead, he is said to have complained to the police commissioner that someone had been impersonating him and collecting money for shows.

The police swung into action and the 19-year-old suspect, identified as Ifeoma Nelly was arrested. She is said to be a student of Industrial Chemistry at the Delta State University. She was arrested through the combined efforts of Wizkid’s Manager, Mr. Sunday Are, policemen from Lagos and an Australian when she came to Lagos to collect part payment of $25,000 from some Australians at a hotel in Lagos, so that Wizkid would go to Australia to perform.

The suspect was said to collect payment via electronic, but because she was desperate to get her hands on the $25,000, she decided to this time, meet the Australian one on one. She reportedly came in company of two friends, a lady and a guy. Unknown to her, policemen had been planted in the hotel. So, when she walked into the hotel with her friends, thinking she was on the verge of meeting the Australian and sailing away $25,000, she walked into the waiting arms of policemen and Are.

Revealing how the suspect was arrested, Are said the lady said she had been posing on Facebook and defrauding people for three years, using Wizkid’s name. When asked if she had other members assisting her, Nelly insisted that she was the only one running the show.

“She has collected money from different people. If you don’t have
evidence against her, she would deny it. But if you show her evidence,
she would tell you the truth. There was the case of the $53,000, which
we had to refund to the owner.