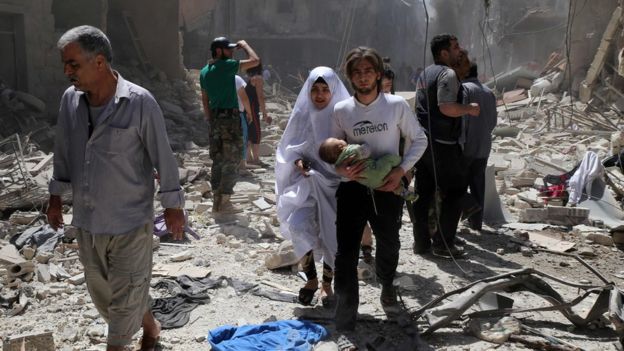 A Medicins Sans Frontier (MSF) backed hospital as well as several other buildings have been destroyed in Aleppo, Syria following several airstrikes.

14 patients and doctors are among the reported casualties as the death toll is expected to rise even further.

The attack has taken place despite a ceasefire agreement between government and opposition forces. Some local sources are claiming Thursday’s attack was masterminded by the Syria government.

Scene of destruction in Aleppo. AFP

The MSF tweeted “We condemn the destruction of the al-Quds hospital, depriving people of essential healthcare,” Recent violence has threatened to derail the truce as talks brokered by the United Nations continue and a UN mediator remarked that the cessation was ‘hanging by a thread’.