Durban is the largest city in the South African province of KwaZulu-Natal. After Johannesburg, the Durban Metropolitan Area ranks second among the most populous urban areas in South Africa, virtually ex-aequo with Cape Town.

It is also the second most important manufacturing hub in South Africa after Johannesburg. It forms part of the eThekwini Metropolitan Municipality. Durban is famous for being the busiest port in South Africa. It is also seen as one of the major centres of tourism because of the city’s warm subtropical climate and extensive beaches. The municipality, which includes neighbouring towns, has a population of almost 3.5 million, making the combined municipality one of the biggest cities on the Indian Ocean coast of the African continent. The metropolitan land area of 2,292 square kilometres (885 sq mi) is comparatively larger than other South African cities, resulting in a somewhat lower population density of 1,513/km2 (3,920/sq mi).

It has the highest number of dollar millionaires added per year of any South African city with the number rising 200% between 2000 and 2014.

In May 2015, Durban was officially recognized as one of the New7Wonders Cities together with Vigan, Doha, La Paz, Havana, Beirut, and Kuala Lumpur. 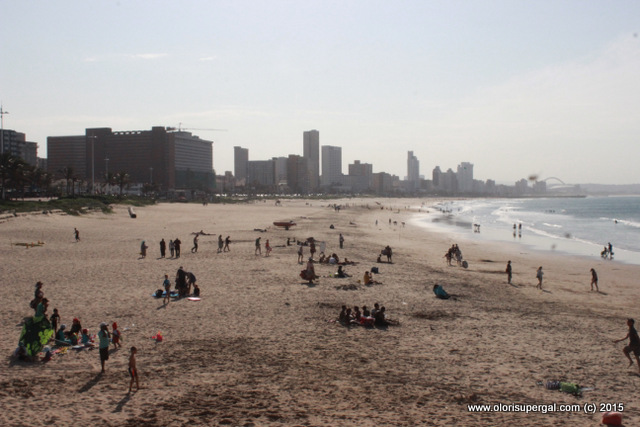