Why We Should All Be Feminists By Jumoke Adekanye 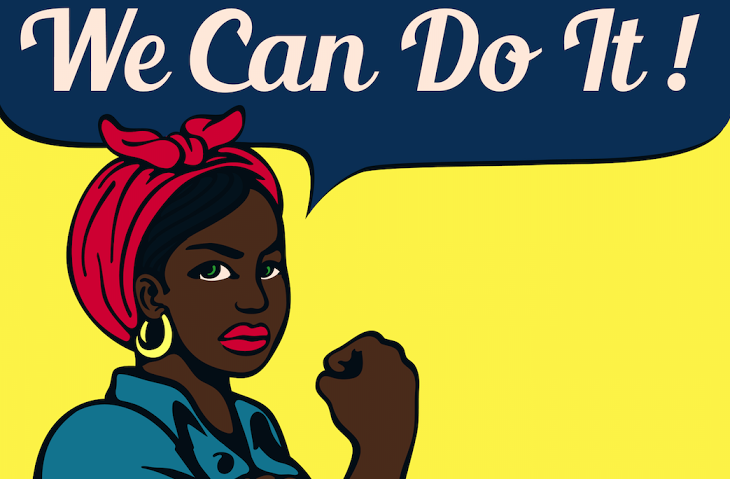 He said ‘I am a man,’ he is a man and I have never doubted that. The explanation I was looking for was why would you ask me to help you build your dreams without any consideration for mine. What gave you the audacity to put yourself first?

He said ‘I am man,’ and this truth helped me to understand a few things that happens in society. For every woman who has been abused, raped, threatened with abuse, harassed, brutalised, this is why, he didn’t do it because of you, he did it because he is a man.

UNWomen estimates that 35 per cent of women worldwide have experienced either physical and/or sexual intimate partner violence or sexual violence by a non-partner at some point in their lives. Abuse is alifecycle that cannot be broken for some women.

They were abused by their fathers, brothers, uncles, husbands and that’s how it goes on and on and on. My friend helped me to understand why men who abuse and degrade women do it. They are men, that’s why.

On Tuesday, a 23-year-old man was arraigned in Ekiti for slapping and beating his girlfriend “mercilessly’’ because he heard that she was dating someone else in the neighborhood.

Why did he do it, He is a man. In 2013, when popular Novelist, Chimamanda Ngozi Adichie gave her Ted Talk titled We Should All Be Feminists, she was widely criticized for being so outspoken about the concept of feminism.

Here is a simple definition, Feminism is a range of political movements, ideologies, and social movements that share a common goal: to define, establish, and achieve equal political, economic, personal, and social rights for women.

The concept transcends women walking naked on the streets of America. Feminism is asking for one thing, equality for women.

Some women will grunt at this but the truth is, the fact that you drive a Range Rover and you a Bank Manager doesn’t mean you are excluded from the inequality that has eaten deep into the fabric of our society.

You are not, the fact that you have a mansion in Banana Island doesn’t mean anything to men who just look at you and all they see is second class citizen. No one has a right to say that feminism is not an African thing, it is.

In this Nigerian society, you are conditioned to not be too successful so that you can find a man who would be willing to marry you because you can’t be more successful than your husband. Women are forced to stay in abusive marriages and relationships because he is a man and for that reason he is lord over you.

Why are we still discussing Child Marriage in Nigeria when it should be a thing of the past. Why are there no strong laws guarding against Rape, Domestic Abuse, Sexual Harassment?

Over 50% of rape cases go unreported because the victims know that eventually, they won’t get justice, the perpetuator will be released to commit more crimes. We should all be feminist because I want to raise children in society that encourages and values her women.

Who doesn’t want the same thing. When Linda Ikeji wrote her long epistle on violence against women, she forgot one thing, that she is part of the problem. There are hundreds of women that Linda has put their faces and stories on her blog without thinking about the effect it will have on their families and their relatives.

The pen they say is mightier than the sword, that is why Linda Ikeji has become undoubtedly one of the most influential women in Africa. Why is it that she has never said anything about violence against women prior to WizKid’s threat?

If Linda puts up a small classified advert on violence against women on her blog, think about how this will help the global cause.

Jumoke Adekanye is the Founder of Araba. Jumoke is committed to empowering female entrepreneurs and career women to live up to their true potential and succeed in all their endeavors. Jumoke is a Content Writer, Social Media Whiz and Dream Catcher. Connect with her on Twitter @Susiebull