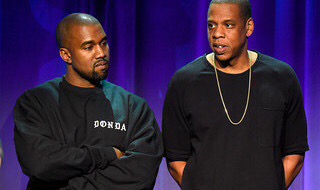 Kanye West and Jay-Z’s streaming site Tidal have been sued after it was claimed they “deceived” Kanye West fans.

The deception stems from claiming West’s latest album ‘The Life of Pablo’ to be a Tidal exclusive, causing fans to sign up to the subscription service.

First reported by AP, the lawsuit claimed West falsely told fans the album would be exclusive to Tidal. The lawsuit was filed yesterday in a federal court in San Francisco on behalf of Justin Baker-Rhett, described in the complaint as a fan of West’s music. 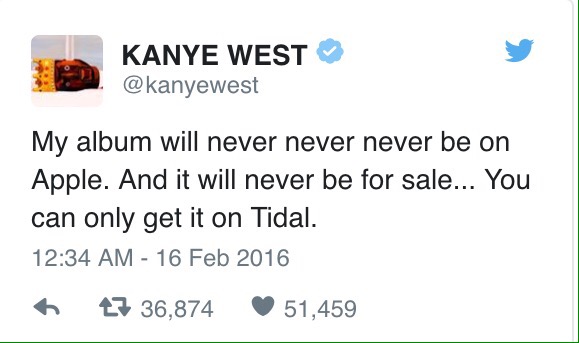 ‘The Life of Pablo’ was originally released via Tidal in February before becoming available on all major non-Tidal streaming services on March 31, landing at No. 1 on the Billboard 200 chart.

The lawsuit further claimed that millions signed up for Tidal because West promised it would be the exclusive place to hear his new album. Baker-Rhett requested a judge force Tidal to delete data on users who subscribed to hear Pablo. The lawsuit argued the new subscribers and their information could be worth up to $84 million.

Speaking on behalf of Baker-Rhett, his lawyer Jay Edelson commented: “Mr. Baker-Rhett believes that superstars are required to follow the same rules as everyone else. Even if their streaming service is struggling, they can’t trick millions of people into paying money (and giving up personal information) just to boost valuation numbers.”
Source: NME