This week is one of the weeks with fewer songs; artistes are obviously not “humanics”, they deserve some time-out too. The songs released this week are undeniably impressive.

MC Galaxy released his highly publicised “Sekem Remix” which he tagged international remix due to Swizz Beatz collaboration on the single.

No doubt, MC Galaxy did well and he was able to meet up to people’s expectations and also clear doubts, MC Galaxy maintained the song’s tempo, he was able to sustain his the captivating hook, Swizz Beatz on the other hand, did well by giving Sekem Remix the American touch.

Surprisingly, Swizz perfected the remix, but how well can “Sekem Remix” do in the international market?

We’ve really not heard much of Ajebutter this year, as at the time his absence was about to be felt, he dropped “Bad Gang” assisted by Falz, produced by Studio Magic.

Ajebutter exposed the qualities of bad ladies and guys, relating it to what’s happening in our today’s society.

B-Red went back to revisit how he got his first major hit ‘Insane Girl’ featuring Daviod in 2013, B-Red gave his very best on the track, since then he has released quality songs that didn’t do well like “Insane Girl.”

However, on his new single, “Blessings,” B-Red appears to have gone back to trace his path from where he started to where he is now and came out with “Blessings” – a song that will do well if properly promoted.

The Tee Kay-produced joint is obviously one of the best songs this week.

Sound Sultan drops “Kuku No worry” off his forthcoming album titled “Out of the Box.”

Legendary Sound Sultan tries something totally different on “Kuku No Worry,” the song is funny but factual; he boasts of how conversant he knows the music industry while giving insight on how his other colleagues treat him.

“Kuku No Worry” is pure hip-hop. 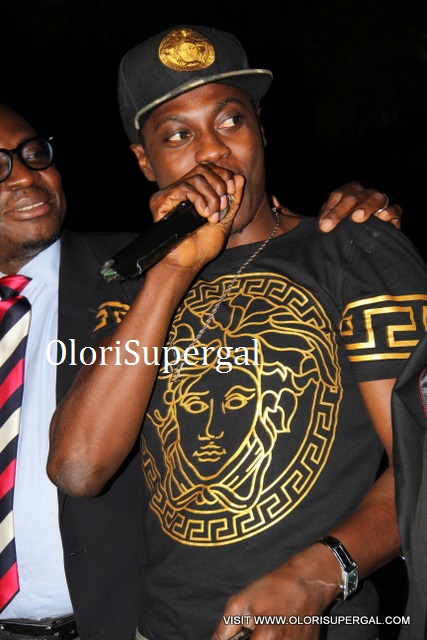 Cobhams Asuquo and Falz surprised us with another remarkable conscious music tagged “Boosit.”

On “Boosit”, Cobhams and Falz’ forceful stance and gritty message comically tackles fuel queues, lack of electricity and the many predicaments that Nigerians are facing using Ibadan accent.

Eedris Abdulkareem, Modenine and other notable artistes have also released singles that preach the current state of Nigeria, but Cobhams and Falz gave us another feel with their message and delivery.

9ice is neither slowing down nor taking a break from doing music, he’s been dishing out quality songs since the beginning of this year.

Aunty is one of those jams that narrate how greedy ladies could be when their admirers are trying to please them.

9ice on this joint declared his love for “Aunty” who didn’t respond to his feelings despite splashing some cool cash on her.

We’ve always known 9ice to be conscious of the songs he puts out and how well he arranges his lyrical contents to fit the whole music production. Aunty is a good-to-go single.

“Hustle Go Pay” is a song aimed at uplifting, inspiring and motivating every hustler out there, Praiz was able to converge with the subtle beat and make a classic tune out of it.

With sweet melodious chorus, one of the most underrated rappers in Nigeria, Yung6ix teams up to sing about how important money is with his label mate, Percy.

“Money Is Relevant” as Yung6ix titled his new single, he sings about the good ‘ol days when he was not known, how he believes in his dreams and how he eventually made it.

Before you say money isn’t relevant, make sure you’ve made more than enough money that will sustain your generations to come…lol

DJ Combs recruits Ink Edwards and Koker for his debut single, “Don’t Go” and they both nailed it!

Ink Edwards has branded himself as one of the best Nigerian acts who will take Africa by huge surprise with the worth of his contents, his contribution on this joint is priceless.

Choc City’s Koker stunned us yet again with his confidence in delivering the “easy-going” single.

Creativity mixed with vast buoyancy in delivering verses, this is what collaboration should sound like and this was properly achieved on “Don’t Go”.

Charass has grown in so little time due to his exceptional voice and credible music, these are no doubt what it takes to be rated high in the music industry.