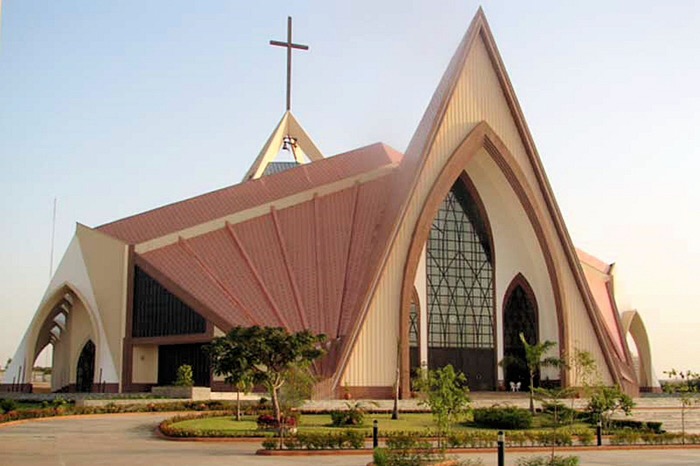 Churches are experiencing the impact of the economic crisis and the attendant cash crunch with considerable drop in tithes and offerings by members, Saturday PUNCH investigation has revealed.
Beyond the drop in churches’ cash inflow, our correspondents learnt that there has been increasing demand on the church leaders by their congregation for financial support towards feeding, accommodation and children’s tuition. The founder of True Vine Bible Church, Akure, Pastor Dayo Ajisafe, told Saturday PUNCH that his church had been seriously affected by the current economic situation of the country.
Ajisafe added that the attendance on Sunday services in the church had dropped from 500 to between 200 and 350 members, while an average of 90 members attend midweek services.

He blamed the development on irregular payment of salaries to workers in the state.
Ajisafe said, “We used to have as much as N350,000 as offering on Sundays in our services and as much as N1m as tithe monthly. But now, we hardly get N150, 000 as offering and N400, 000 as tithes monthly.
“This is because most of our members are civil servants and they are being owed salaries. The little we are getting now comes from the businessmen.”
Pastor Festus Oyewunmi of Arise and Build Bible Church, Ibadan, shared similar experience.

Oyewunmi said, “The church is a component of the society. So, what is happening in the society will affect the church. Before, members would pay little, but now, they are not ready to pay anything. In fact, they are looking for ways to get something from the church.

“They want the pastor to dip his hands into his purse and pay for their transport and feeding for a whole month, especially in smaller churches in places like Ibadan.”
Also, the Senior Pastor at the Worship Centre and Apostolic Church, Oregun, Lagos, Seyi Adeyemi,  described the church as part of the society, saying, “the church consists of people who engage in various economic activities and if they are being impacted by the economic situation in the country, it will affect their ability to meet their obligations in terms of tithes and offering, which are the major sources of revenue for a church that does not engage in commercial activities.”
He added, “If the income of a church reduces, its ability to assist more people will also be curtailed. Be that as it may, people are still expecting more from the church in spite of what is going on. So, most churches now provide transportation to assist members get to church.”
According to Pastor Emmanuel Oyegoke of the Gospel Faith Mission International, Ikorodu, Lagos, the message for the people at this time is to look unto God.

He said, “There is no cash flow, there is inflation, there is no fuel, no electricity and there is hike in transport fare. So, it is affecting the purse, businesses, and the health of the people. Some members of my church stay home because of the situation.
“We have told our members to turn to God at this time. You can read it on the faces of many people that they have issues they are passing through.
“The cash inflow has dropped. It is when you receive salary that you will pay tithe. The people are just living by faith. If you see anybody in church today that is still paying his tithe and offering the way he used to, you should know it is by faith.”
The General Superintendent of Holy Spirit Mission (Happy Family Chapel), Bishop Charles Ighele, described the economic situation in the country as “never been this bad.”

Ighele confirmed that members of some of the church’s branches had been adversely affected by the economy, which has in turn impacted on the religious houses.
He said, “It is a big problem with people losing their jobs and the prices of things increasing such that sachet water that used to sell for N5 is now N15 in some towns. The situation is really bad. Over the years, we have been redirecting the focus of our members towards entrepreneurship, so the situation has not really affected the headquarter, but the cash inflow of the branches of the church where we did not drive such teachings down well has been affected.
“In those branches, it has affected the cash inflow, so we have it good in some places and in some; the cash inflow has been affected. The welfare department of the church has been strengthened more to help people with feeding, and so on. So, many members have nowhere to stay; some are unable to pay their house rents, so we have such things to handle. We have people still under the effect of the economic condition and it is really tough on them. And it is not only about members of our church as other people also keep coming for help.” 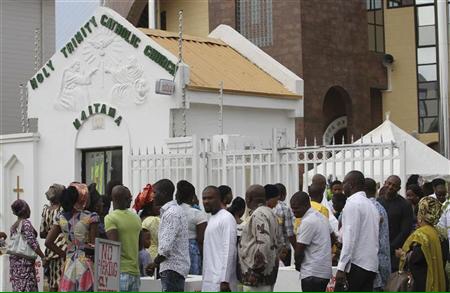 In Jos, many churches have also been hard hit by the economic crisis as they now record less in tithes and offerings.

At the Mountain of Fire and Miracles Church, one of the officials, who spoke on condition of anonymity, told Saturday PUNCH that in the last few months, collections from offerings had fallen by about 60 per cent. According to him, the situation is also putting pressure on the churches as more members seek soft loans from the church. The situation is the same at the St. Theresa’s Catholic Church, Jos.
In Bayelsa State, a cleric, Pastor Elijah Oigbochie, of the Mark of Overcomers International Church, Yenagoa, said non-payment of workers’ salaries in the state had affected the income of the church.

He said the development had also increased the burden of the church in taking care of members in need.

Oigbochie said, “If you do not get your salary, definitely, you will not be able to pay your tithe. Actually, it has in one way or the other affected the income of the church because you pay from whatever you earn.”
Some Christians also confirmed the situation.

A communications expert, Mr. Williams Ogundeji, said he sometimes stayed away from church to avoid the attendant financial obligations.

A member of a pentecostal church in Plateau State, who identified herself simply as Gloria, said apart from not being able to pay her tithe and offering, she had been having difficulty in transporting herself to church.
A Deacon in one of the parishes of the Redeemed Christian Church of God, Ado-Ekiti, told one of our correspondents that “our members are still complying, but the level of payment has diminished due to the economic crisis.”
A member of the Ushering Committee in Gospel Faith Mission International in Ado-Ekiti, who spoke on condition of anonymity, said, “We have noticed the decline in payment from members, but we understand the situation.”PUNCH.