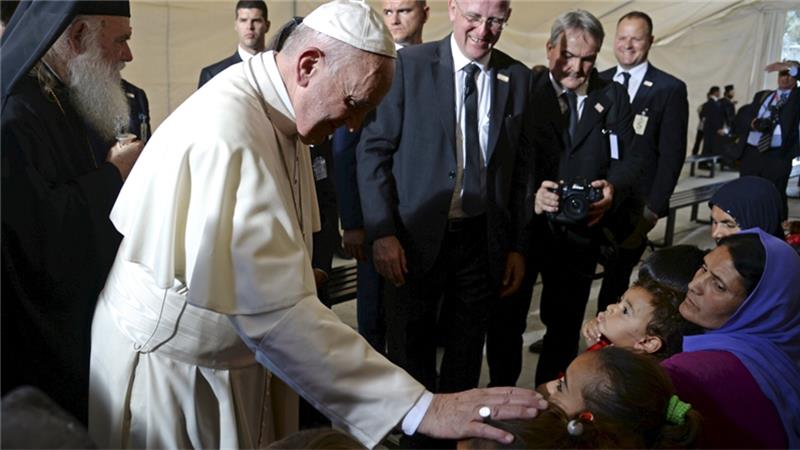 Following Pope Francis’ visit to the Greek island of Lesbos on Saturday, he has returned to the Vatican with 12 migrants.

The Pope visited Lesbos following a new deal between European countries and Turkey to deport migrants who had illegally entered Europe.

Over 300 migrants have been deported under the terms of the new deal and Europe insists that those who have been granted asylum would be let into Europe.

The pope who has been critical of Europe’s treatment of migrants said inviting 12 migrants to the Vatican was a “gesture of welcome”.
The pope washed the feet of some migrants in a gesture of acceptance at Easter.

He visited a migrant camp at Lesbos and preached a message of hope to he migrants, insisting on love as the common bond of all humanity.