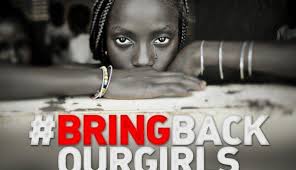 Its been two years since 219 girls were abducted from Chibok, Borno state by Boko Haram. They have since been tagged the Chibok girls.

At the onset there was skepticism from the government of the day as they tried to play it off as a hoax.
The efforts of the Bring Back our girls movement (BBOG) has in large part kept the missing Chibok girls innour national consciousness.

The Buhari adminsitration campaigned on the promise of security and promised to locate the missing girls. The Buhari government even claimed it wasn’t ruling out negotiations as the Army stepped up the scale of its attacks against the terrorists.

Today makes two years since the girls were taken and we’re no closer to finding them. A UN child agency report released on Monday ‘Beyond Chibok’ noted an increase in the incidence of child suicide bombers.

The report spotlights concerns by many that the girls are used by the terrorists as bombers. Additionally, there have been reports of sexual abuse by girls fortunate to have escaped from Boko Haram camps.

Once again, a day like this is a call to action to our government to intensify efforts to find and bring back our girls. We must not forger that the President has taken an oath to protect the citizens of Nigeria.

Everyday the girls remain unaccounted for is another day we fail them as a government and as a people.