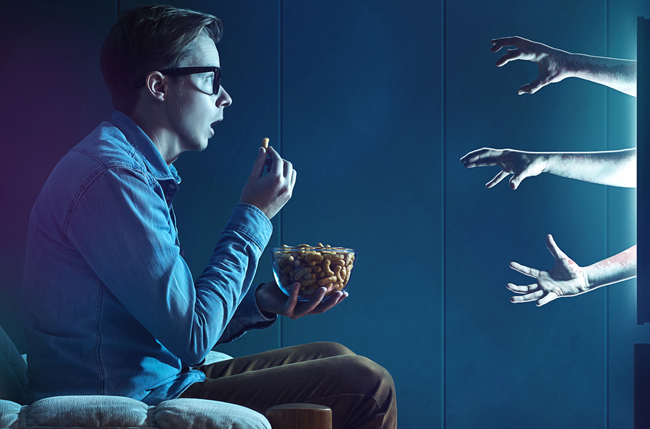 Are you a movie freak who is also a tech geek? Technology has invaded the movie industry as there are movies out there that employ incredible technologies to tell great stories. Besides, these movies enable the tech geek to appreciate technology more and also watch the role it plays in the movie industry. Of course, some of the adapted technology may be unbelievable but who ever thought that drones could deliver Pizza? Anything can happen with technology in the 21st century. Here are five intriguing movies to watch for tech geeks.

Iron man is one of the many superheroes movies from the stable of Marvel Entertainment. Iron man played by Tony Stark (Robert Downey), an American billionaire and engineer was kidnapped in order to cajole him to build a weapon of mass destruction. He, however, escaped but was left with a life-threatening chest injury which he corrected by developing an indestructible electromagnetic suit and other technology gadgets. He used this suit to fight crime.  The movie takes you through an enthralling interactive journey with technology.

The social network is a movie about the founding of Facebook, a social media network that has billions of users all over the globe. Beyond being a film on Facebook, it also supremely brings the online social media experience to the cinema. Tech geeks can also learn a bit about hacking codes which is largely portrayed in the movie. It featured characters like Mark Zuckerberg, Andrew Garfield, and Justin Timberlake. The movie scooped 3 awards at the 83rd Academy Awards.

This movie explores how humans have become lazy, arrogant and addicted to gadgets. Without technology, this addiction may be impossible. The story revolves around a called Waste Allocation Load Lifter Earth-class who unfortunately is the last robot on earth. He takes up the sole responsibility of cleaning the planet which he did for over 600 years. This made him very lonely. Meanwhile, humans are engrossed with small screen gadgets!

Oscar-winning actor, Leonardo DiCaprio had a sterling performance in the movie Inception. If you want a film that explores uncharted territories especially for the tech geek, then Inception is the movie to watch. It answers the question-What if it is possible to invade someone else’s dream in order to convince them to do what you want? Incredible you may want to say! Watch the movie if you want to know if inception is possible.