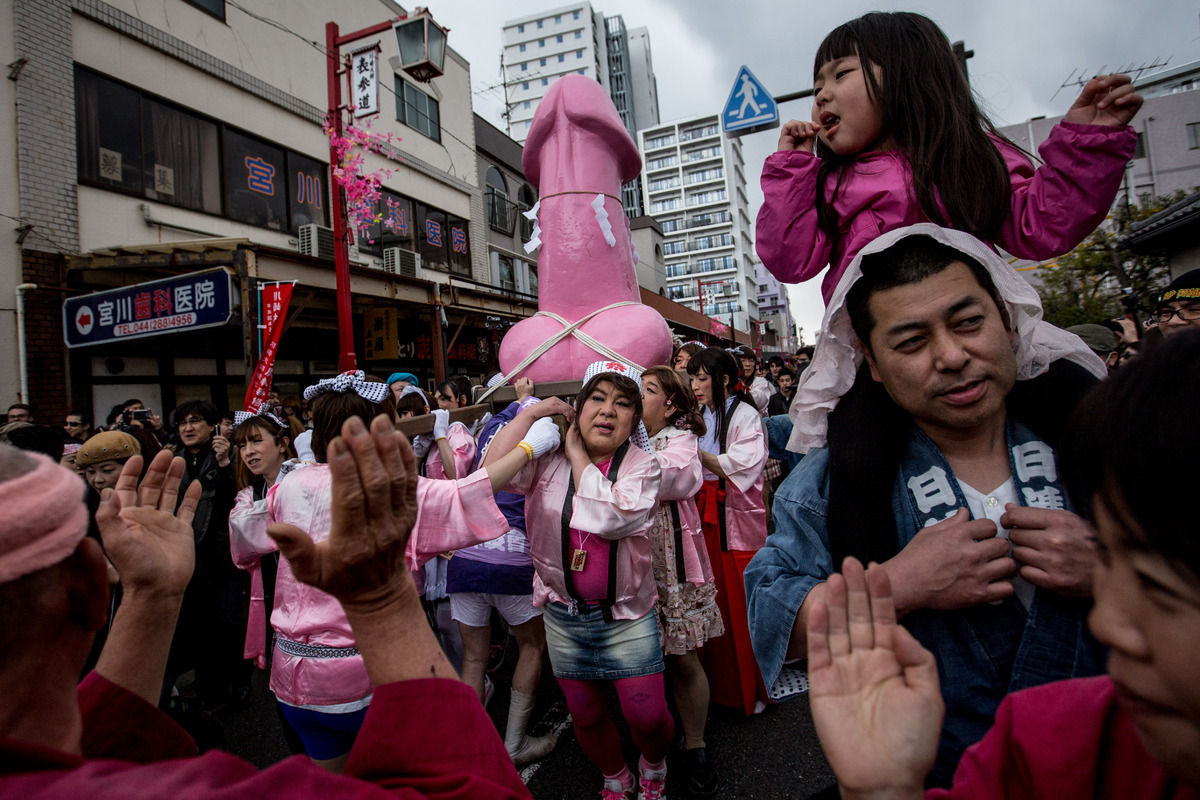 The infamous Japanese Penis Festival also known as the Kanamara Matsuri aka the “Festival of the Steel Phallus.”

Held this year on April 6, the festival is a celebration of the penis and fertility. People parade gigantic phallic-shaped mikoshi (portable Shinto shrines) down the streets during the event, as revelers suck on penis lollipops, buy penis-themed memorabilia and pose with sculptures.

According to the BBC, the festival is believed to have roots in the 17th century, when prostitutes are said to have prayed for protection from sexually transmitted infections at Kawasaki’s Kanamara shrine.

The festival raises awareness about safe sex practices and fundraises for HIV prevention.

Vote for these 5 Nigerian entrepreneurs in ...