Could ‘One Dance’ be Drake’s first solo number one single 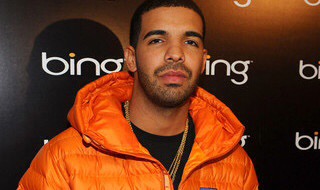 The singer looks set for a first solo number one single with his new track ‘One Dance’, while his other new song of the past week ‘Pop Style’ is also set to enter the UK charts inside the top 30.

Watch: Rihanna Twerks Hard On Drake at The BRIT Awards

The Official Charts Company have revealed post-weekend figures that show Drake on course for the chart peak, with the rapper’s only previous UK appearance at the top of the singles charts coming as a guest on Rihanna’s single ‘What’s My Name’ in 2010.

According to NME, Sia is Drake’s main challenger, with the soaring vocalist sitting at number two so far with ‘Cheap Thrills’, ahead of Mike Posner with ‘I Took A Pill In Ibiza’.