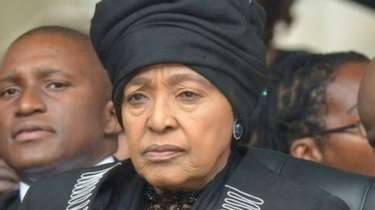 The ex wife of Nelson Mandela, Winnie Madikezela Mandela has lost a legal bid to inherit the former South African President’s house.
Nelson Mandela and Winnie finalized their divorce in 1996 after being married for 38 years.

Winnie had her application to take possession of a House in Qunu thrown out of a South African high court.
Nelson Mandela bequeathed the Qunu house to his family in 2013.

Winnie has been ordered to pay the legal costs associated with the case.