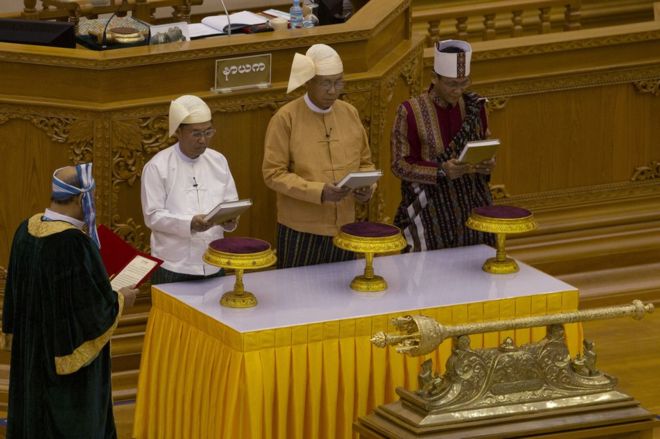 Myanmar marks a historic moment today as the country swore in its first elected civilian President in 50 years.

Myanmar has historically been controlled by the powerful Army and in 1990, despite organizing multi-party elections, the military refused to hand over power to the winning party, National League for Democracy.

Although the Army has a constitutionally protected 25% of all seats in the Parliament, the NLD won 390 seats across both houses of Parliament.

Aung San Suu Kyi’s close aide, Htin Kyaw was nominated as President and has been sworn in today and he takes over from the military backed Thein Sein.

Aung Suu Kyi has indicated that despite not being President, she will call the shots in government and she has also been named the Minister of foreign affairs.