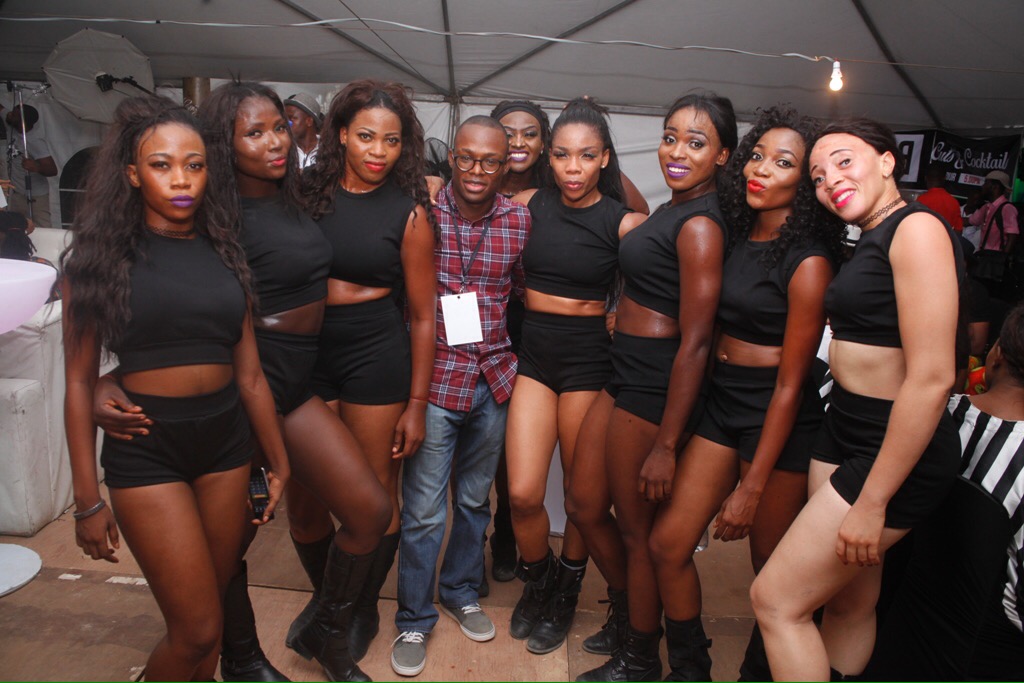 Two of Pepsi’s core offerings to its youth market, music and soccer, were unleashed at the Eko Atlantic Beach, Lagos this Easter during the third edition of the Pepsi Co-sponsored Gidi Fest. 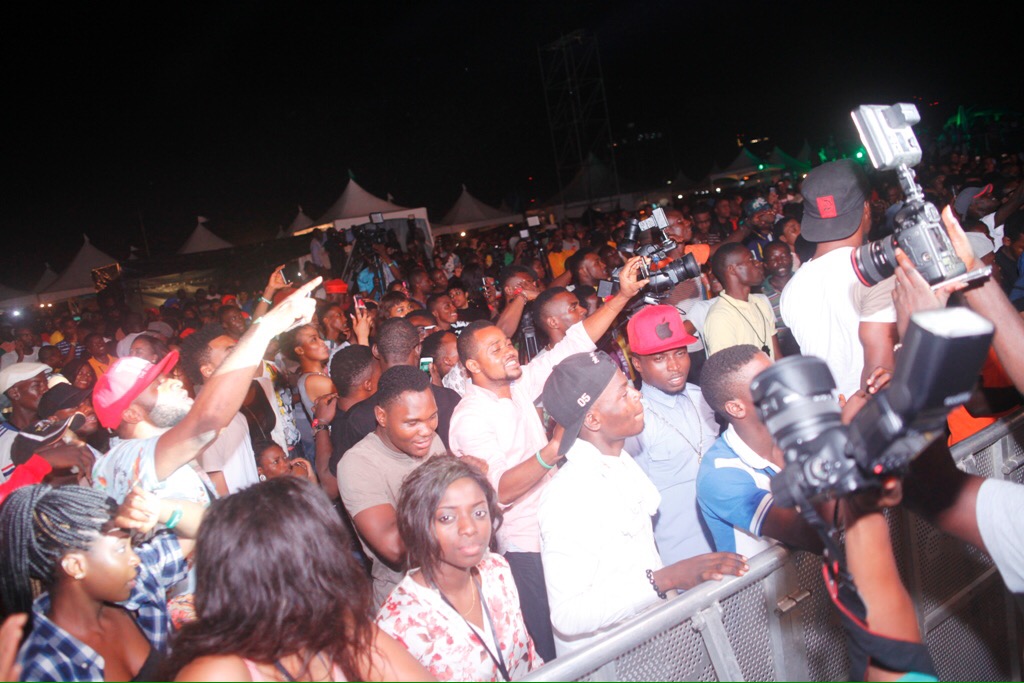 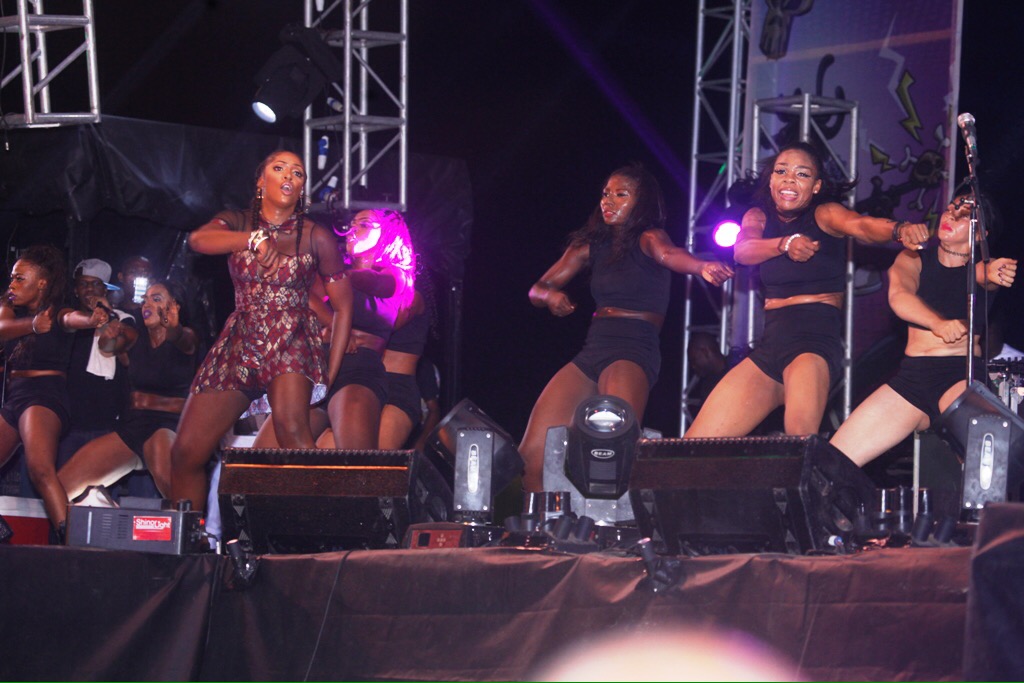 Pepsi Ambassador, Tiwa Savage once again showed why she is Nigeria’s most sought after female artiste by delivering a performance to remember at the just concluded Gidi Culture Fest which was co-sponsored by leading soft drink Pepsi. Enervated at a stage during her performance Tiwa reached for a bottle of cold Pepsi to refresh and regain her groove. 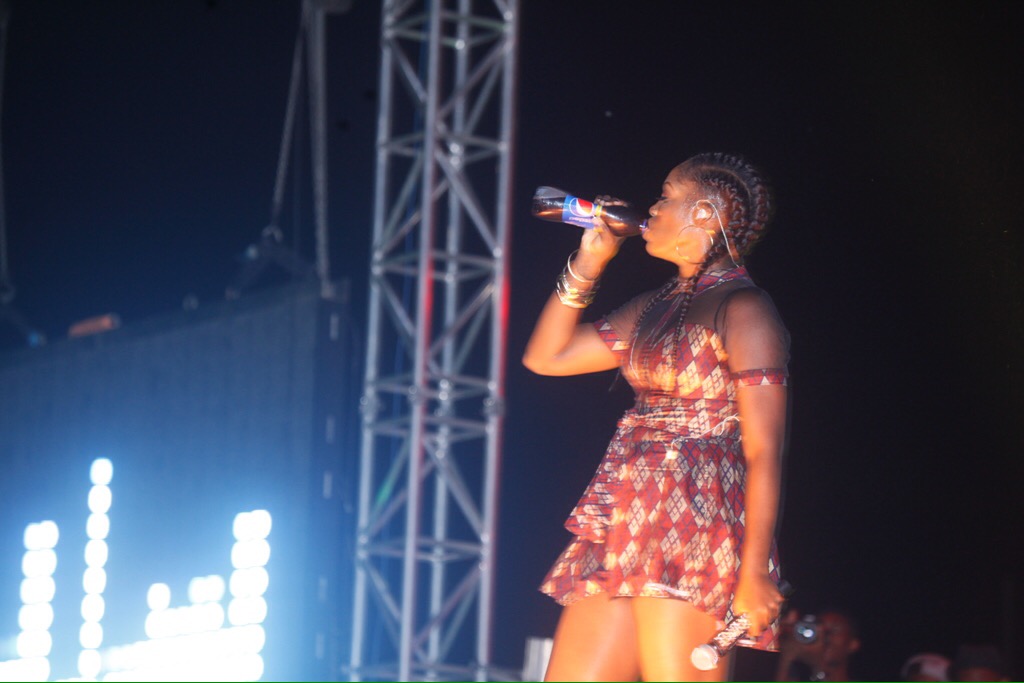 The event also had corporate executives trying out their skills in beach soccer with their colleagues cheering them on from the sidelines. The hot sandy beach and an energy sapping game left the players dehydrated at half-time but they regained their vigour to play after being refreshed by Pepsi. 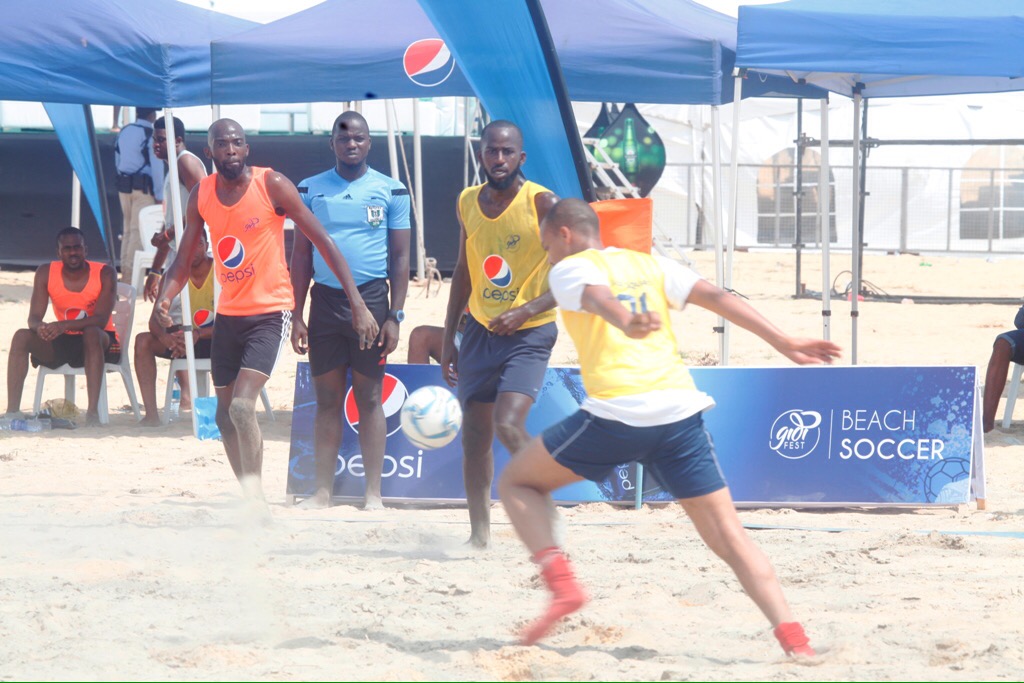 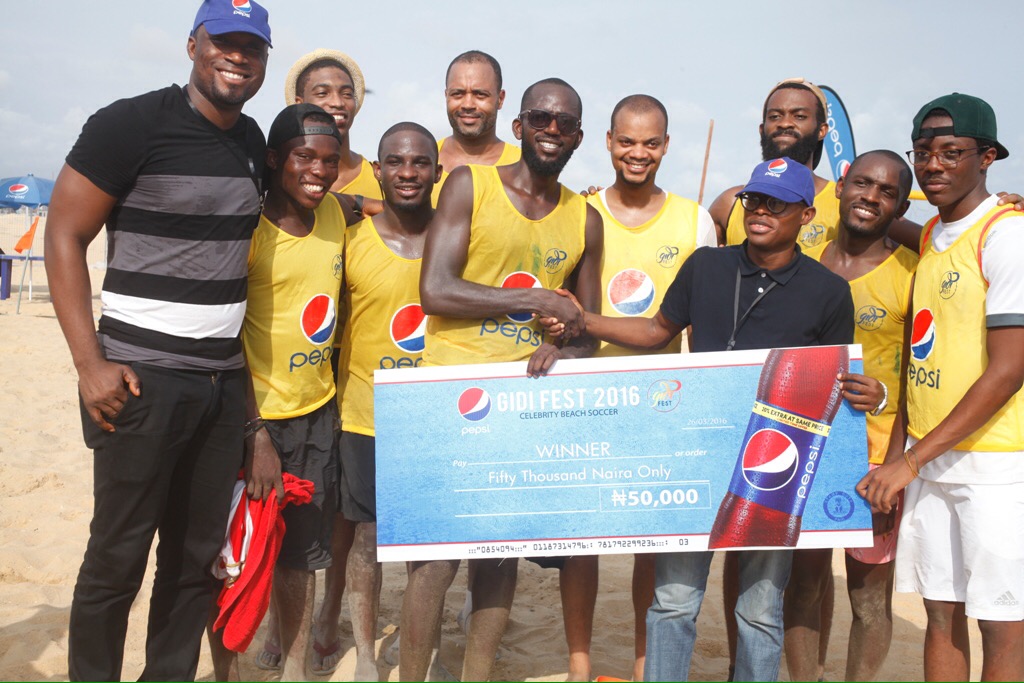 Head of Marketing, Seven-Up Bottling Company Plc, Mr. Norden Thurston expressed satisfaction with the performance of Pepsi Ambassador, Tiwa Savage and all the artistes at the Gidi Fest. Represented by Brand Manager, SBC, Mr. Segun Ogunleye, Mr. Thurston noted that the partnership with Gidi Fest is another platform to demonstrate Pepsi’s commitment to consumers as an exciting youthful brand. “Pepsi is always seeking ways to bring world class entertainment to its consumers”.

More photos from the event: 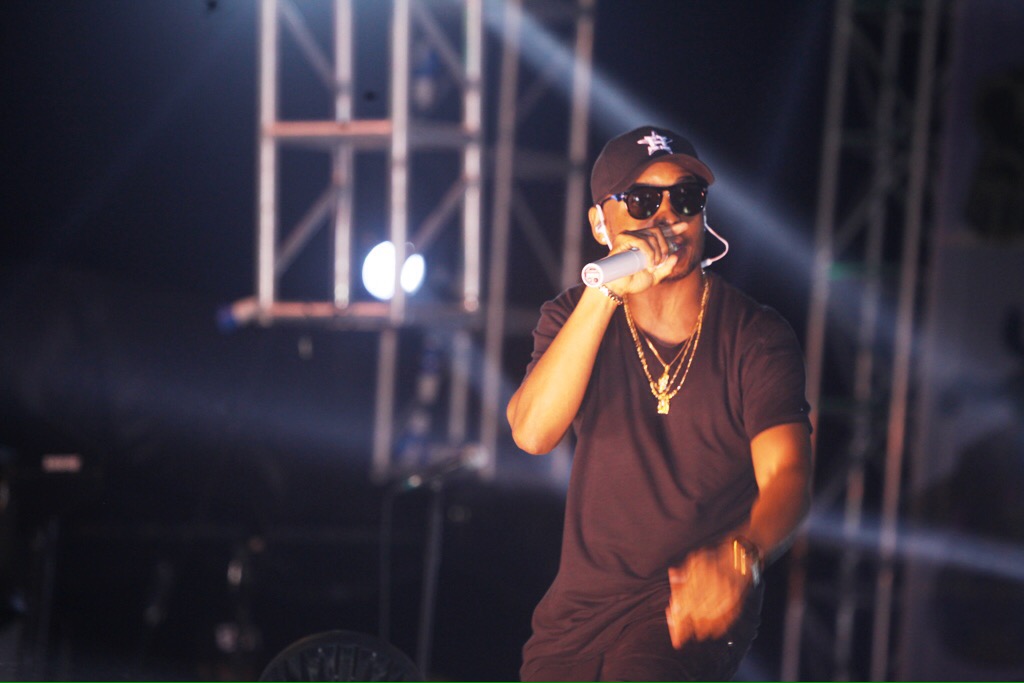 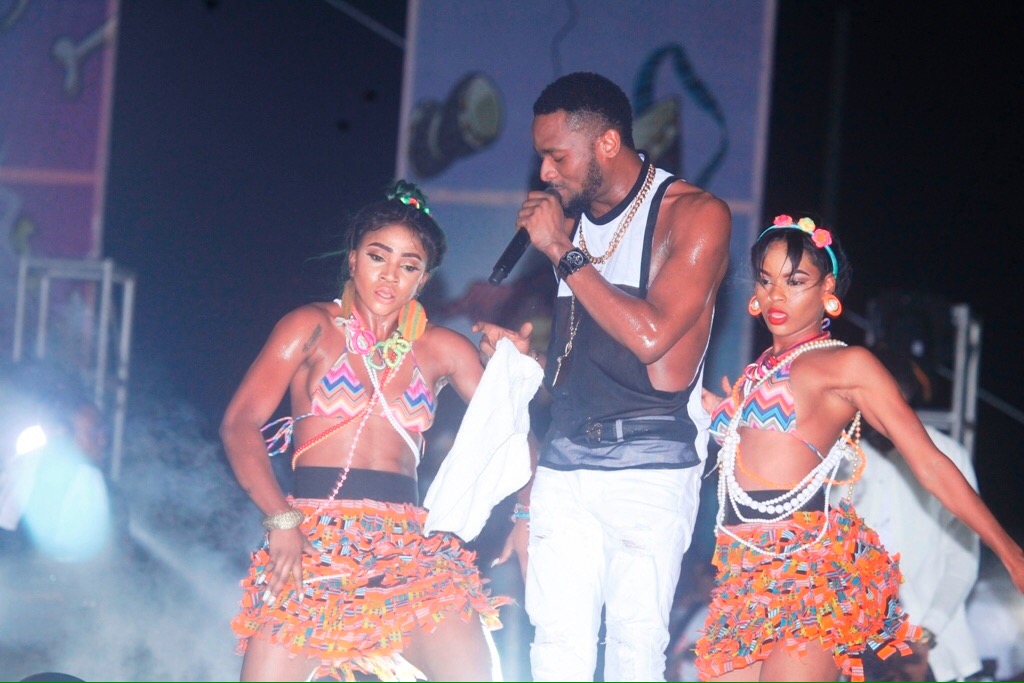 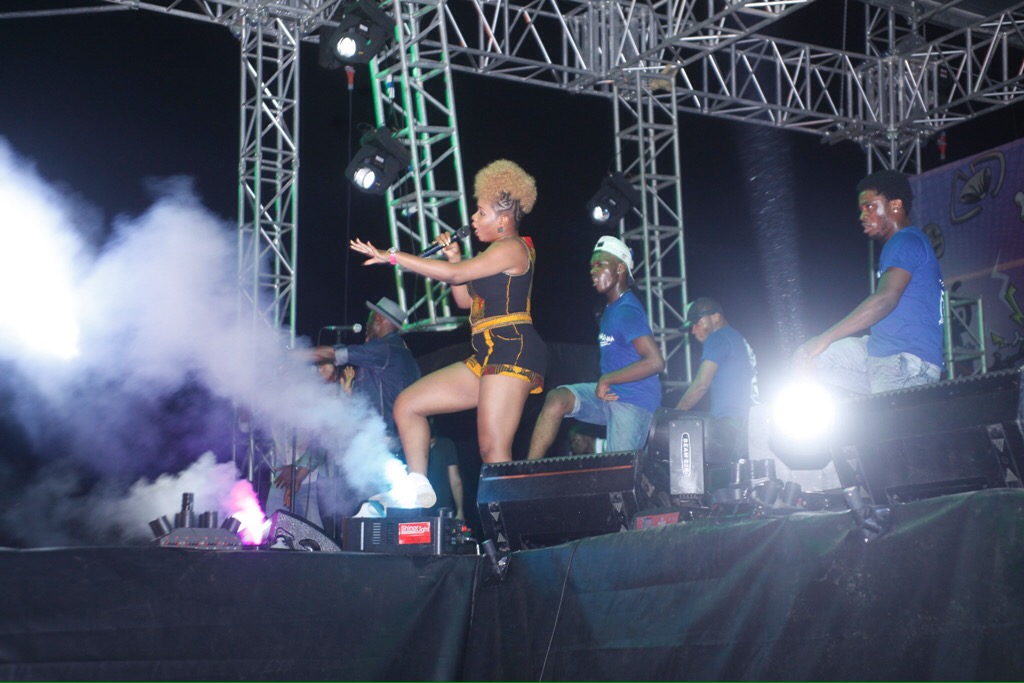 Obasanjo Welcomed By Shettima As He Arrives ...