The stars came out for the REDTV launch of Interiors By Design, Africa’s first interiors design show with a reality twist. Held at Angelika’s, Lagos’ chicest luxury home wares store, notable names gathered from the worlds of design, finance, media and entertainment to celebrate REDTV, Glam Networks and the Interiors By Design team.

The show is part of REDTV’S roster of pioneering content highlighting the very best of talent across the African continent. The lucky winner will not only be crowned Africa’s next Interiors star but will also gain the opportunity to receive further training in one of UK’s leading  Interior design schools, as well as an unparalleled profile on Africa’s hottest online network. 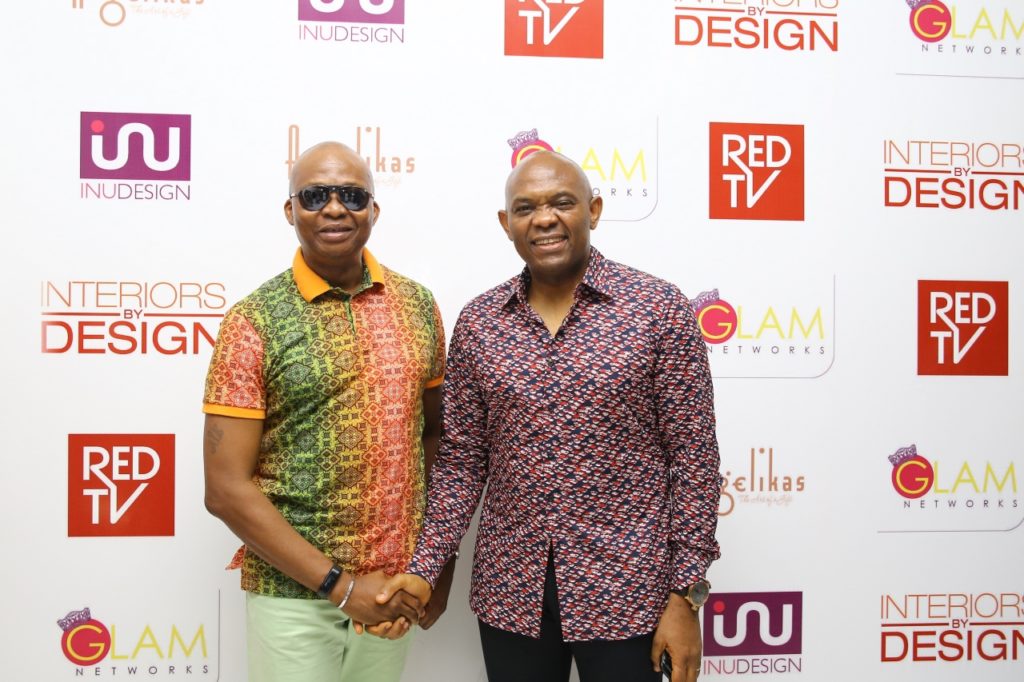 For those gathered, there was an opportunity to get a sneak peak at the gorgeous objects d’Art in Angelika’s and network over champagne by Luxeria Spirits and canapés. It was a chance to congratulate one of their own, Titi Fowora and to raise a glass to REDTV for being at the forefront of such a pioneering programme which seeks to shine the spotlight on the Interior design industry in Nigeria and across Africa. Amongst those gathered were:  Tony Elumelu, Kennedy Uzoka, Mrs. Onari Duke, Agbani Darego, Dakore Akande, Ozzy Agu, Betty Irabor, Fade Ogunro, Lanre Da Silva- Ajayi, Folake Folarin-Coker,  Nkiru Anumudu, Bola Awolowo, Omoyemi Akerele and many more.

The Chairman of UBA Plc (principal sponsors of REDTV), Mr. Tony Elumelu, stated that he was delighted to support the noble endeavours of the producers in encouraging young talent. The GMD designate of UBA Plc Mr. Kennedy Uzoka also added that championing such programmes was part of the bank’s greater mission to equip and empower the next generation, and to show that UBA is very much in touch with the wants, desires and concerns of this crucial demographic who are pivotal to Africa’s future successes. Director of Marketing and corporate Communications of UBA, Mrs. Bola Atta encouraged the audience to subscribe to the channel on YouTube and embrace its mission of setting the narrative for a dynamic and successful Africa.

The audience left appetite fully wetted for the roller coaster ride on Season 1 of Interiors By Design on REDTV, that will display the twists and turns and sift between the pretenders and the real-deal, as well as discover the many incredible spaces and places that make up the cultural and aesthetic landscape of Nigeria and Africa.