“I am the only competition I have” – Fast Rising Singer, Naomi Mac 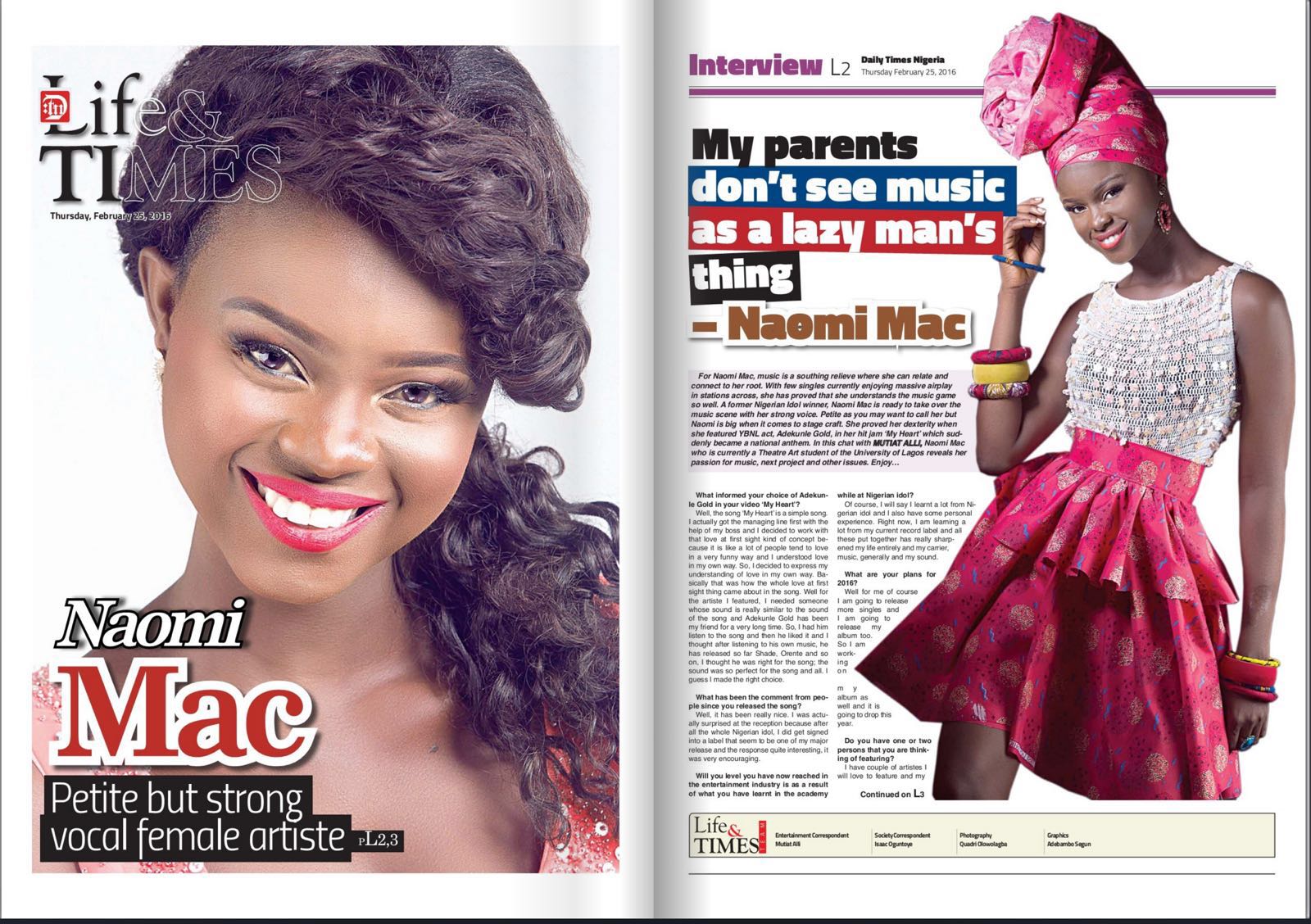 On her childhood, Daily Times asked, “How was growing like for you?” – the ‘Mujo’ crooner replied saying,

“I really like that part, growing up was quite interesting. I actually grew up in Ajegunle, not the one in Ikorodu, but the real Ajegunle in Apapa. It was quite interesting to run around with the kids. It was really cool and I am glad I had the experience too, it added to who I am today.”

She went on reveal how she started music at age 7, when Daily Times asked, “Music for you, how did it all start?” – she replied;

“It started at the age of 7. I started officially at the age of 7 in my church”. She also disclosed that her childhood music group would be doing something together soon.

On her choice of Adekunle Gold for her hit single, My Heart, she disclosed that she wanted the ‘love at first sight’ concept for the song and felt her longtime friend, Adekunle Gold, would be perfect for it because of his unique voice and she’s been grateful for that choice.

When asked, “Do you feel challenged when you see female counterparts?” – she replied;

“Trust me when I say I am the only female competition I have.”

When asked what she can’t be caught dead wearing, she replied aptly, “a bikini” though she might put it on in her private pool but not in public.

Naomi Mac who just released her first single of 2016, Mujo, went on to disclose that her debut album which is set for release this year would feature an international female singer which will be a surprise to everyone. She said; “I am not going to disclose her name but people should wait for this”.