Still basking from the celebration of Olori Super Gal turning six on February 12 and celebrating my birthday on February 17, the perfect birthday and anniversary present arrived in form of an email. South African tourism sent me an email inviting me for an “influencers hosting” in South Africa (SA) at the end of the month. My response – YES.

At the airport we were received by our tour guide Hennie. First thing I always do as soon as I get to a new city is look for a sim card (in case you are wondering how I am always online, place me on a desert and that’s probably the first thing I’ll worry about before looking for water!)

After a one hour, forty-five-minute’ drive, we were checked into Sandton Sun Hotel in Sandton which is home to Sandton City a major tourist destination. 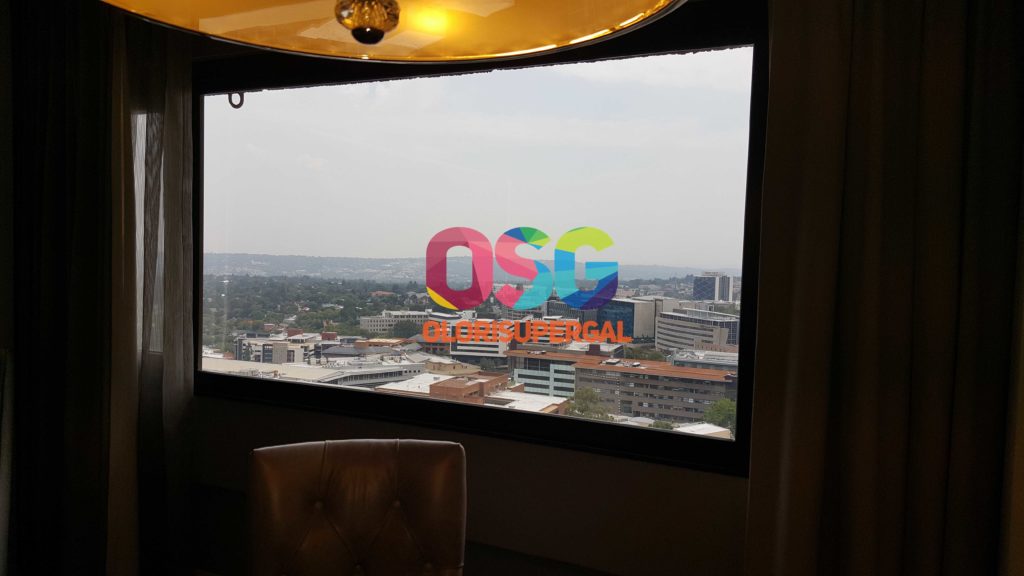 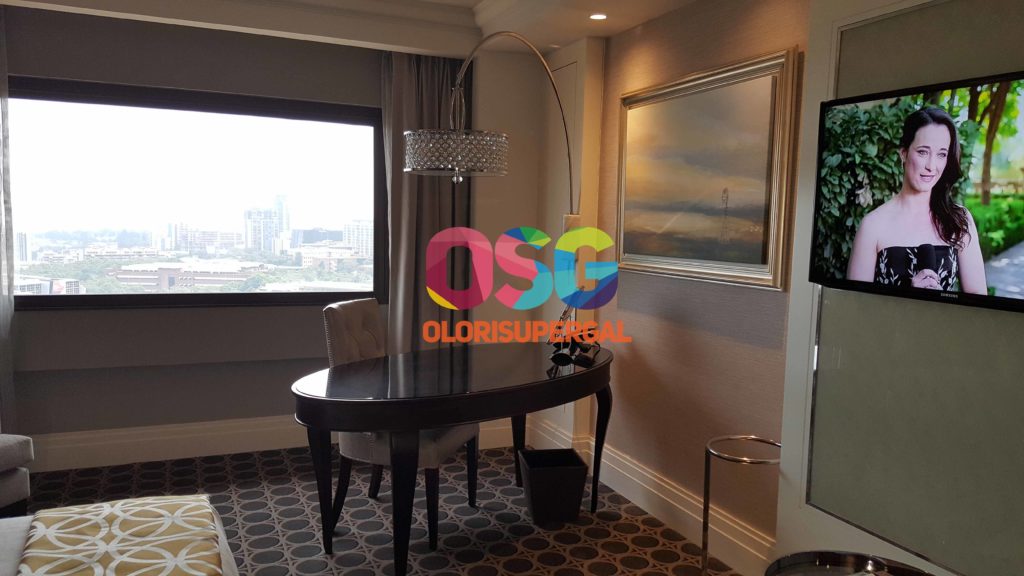 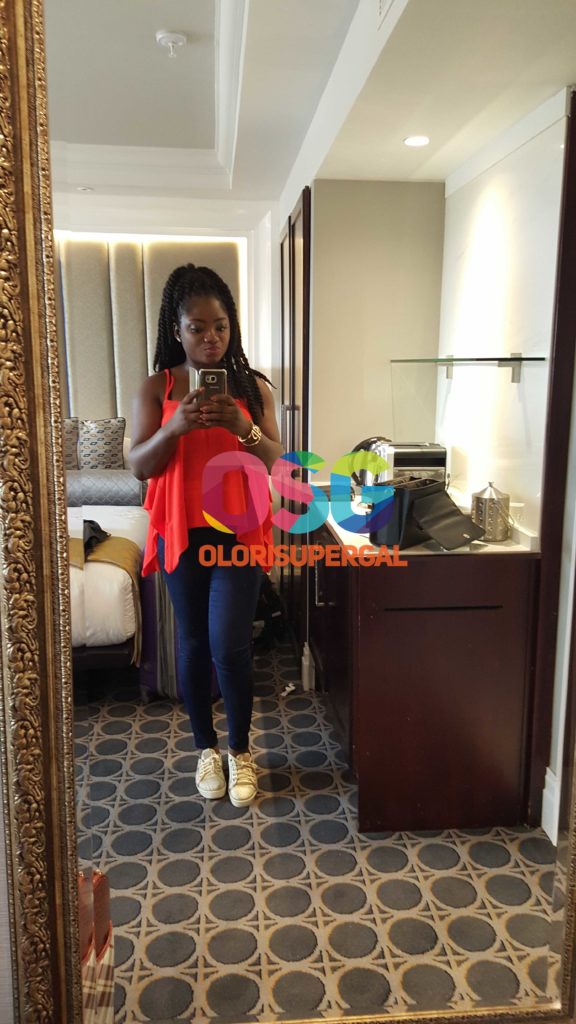 A quick tour of Johannesburg

After breakfast and a power nap, we headed to Soweto. Our first stop was Sakhumzi Restaurant. 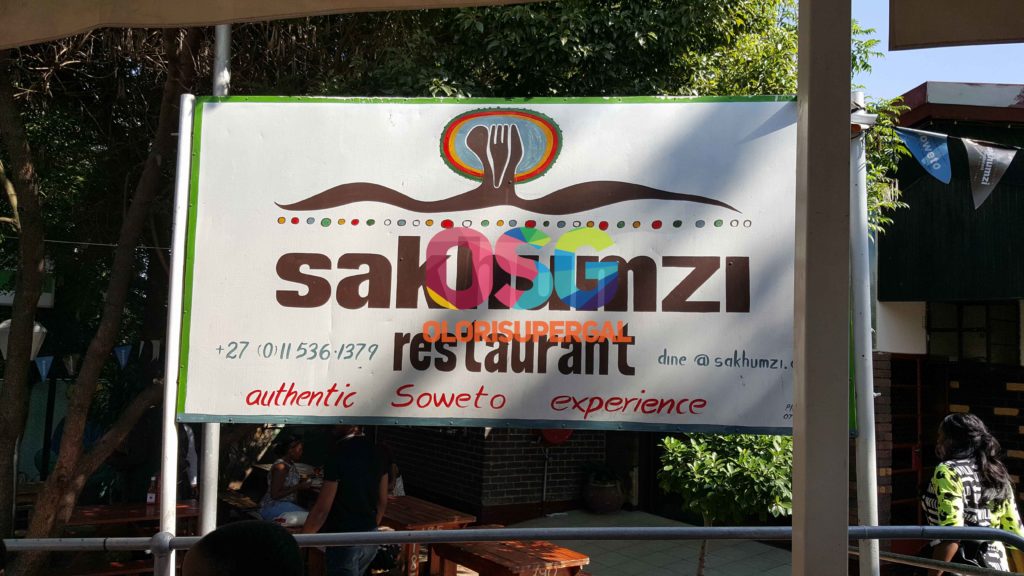 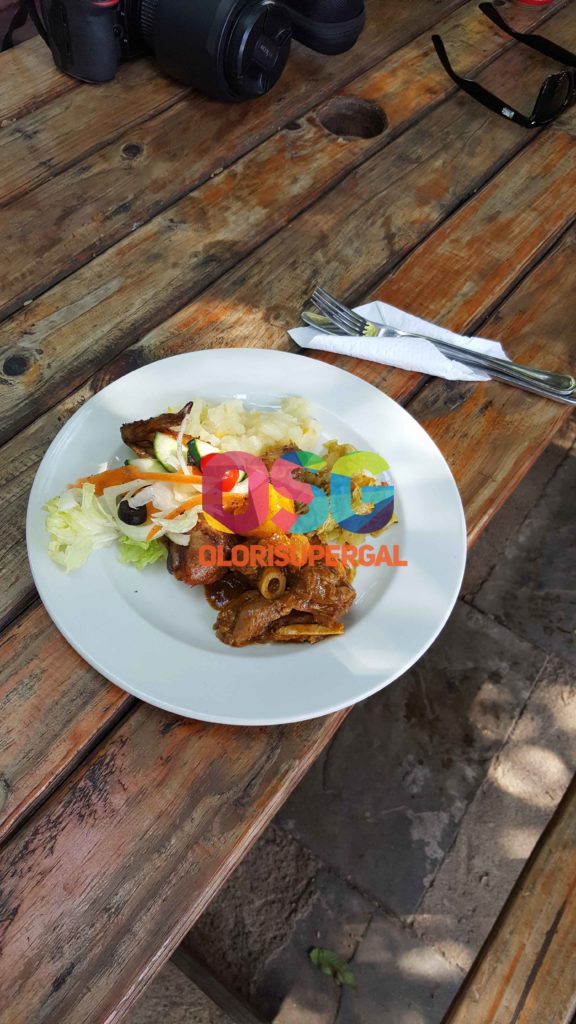 During lunch we were entertained by street dancers. 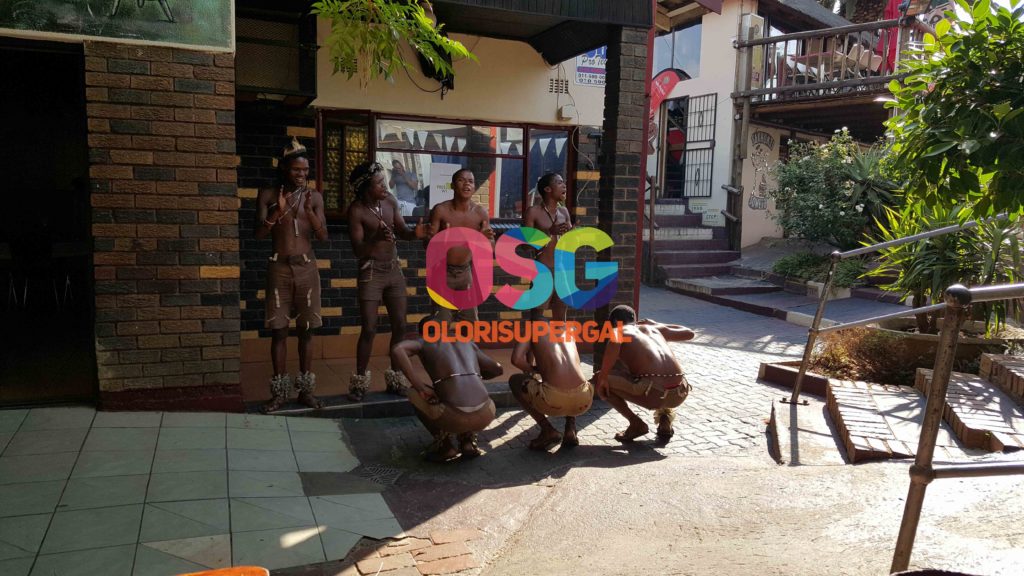 We visited Mandela House which was once the residence of the late Nelson Mandela. We were told the history of how the former South African leader and his family lived at 8115 Orlando West on Vilakazi Street from 1946 to the 1990’s.

After the tour of Tata Madiba’s home, we went back to the hotel to get ready for dinner at Montecasino. 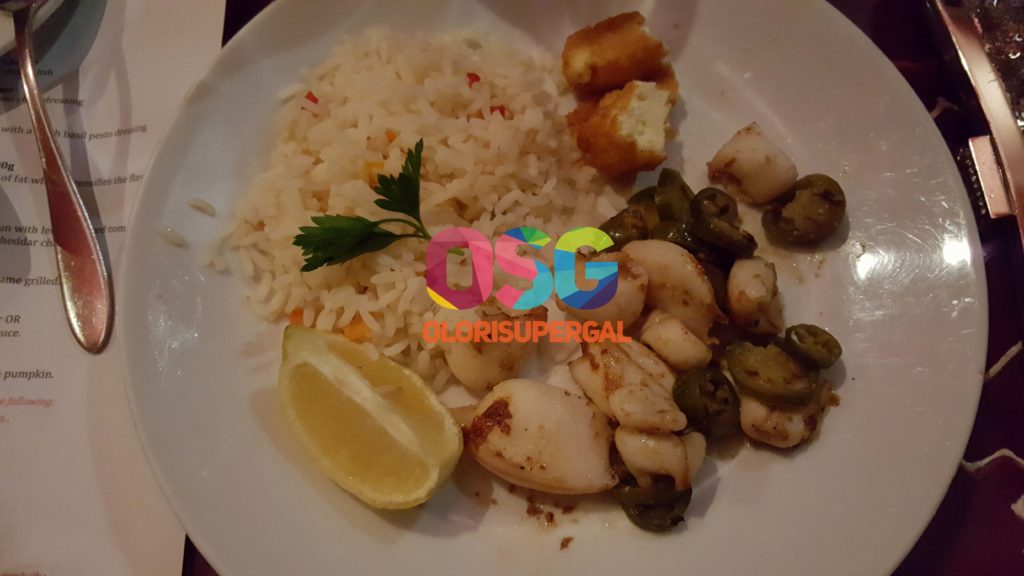 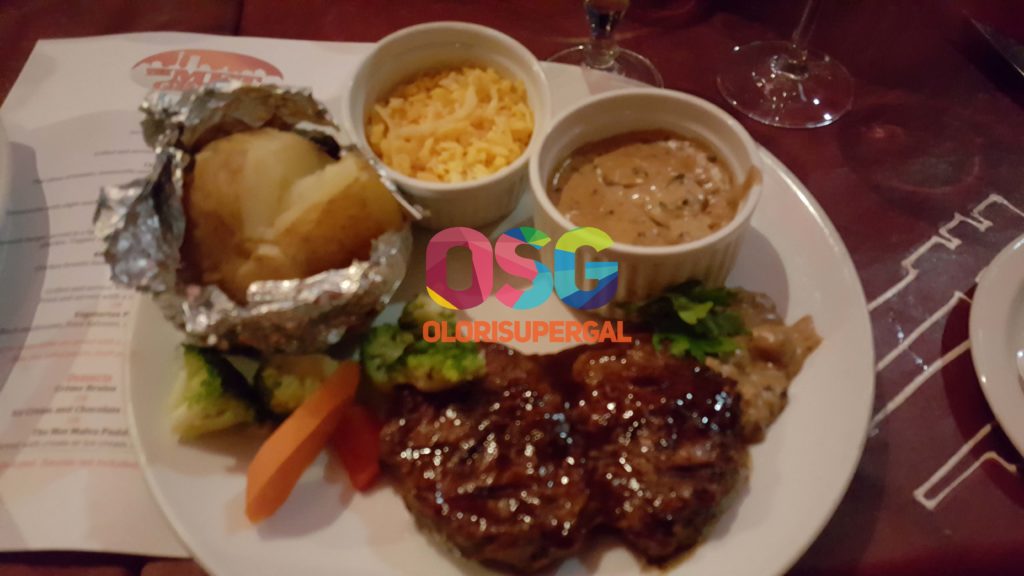 Montecasino offers an extensive variety of restaurants. We ate at The Met Grill which offers a mouthwatering menu.

On Wednesday March 2 at 8am we assembled at the Blue Train Station Pretoria to catch Luxurious Blue Train to the soul of South Africa aka Cape Town (CT).

Never mind it took us 30 hours from Pretoria to Cape Town, this was probably one of my favourite parts of the trip. 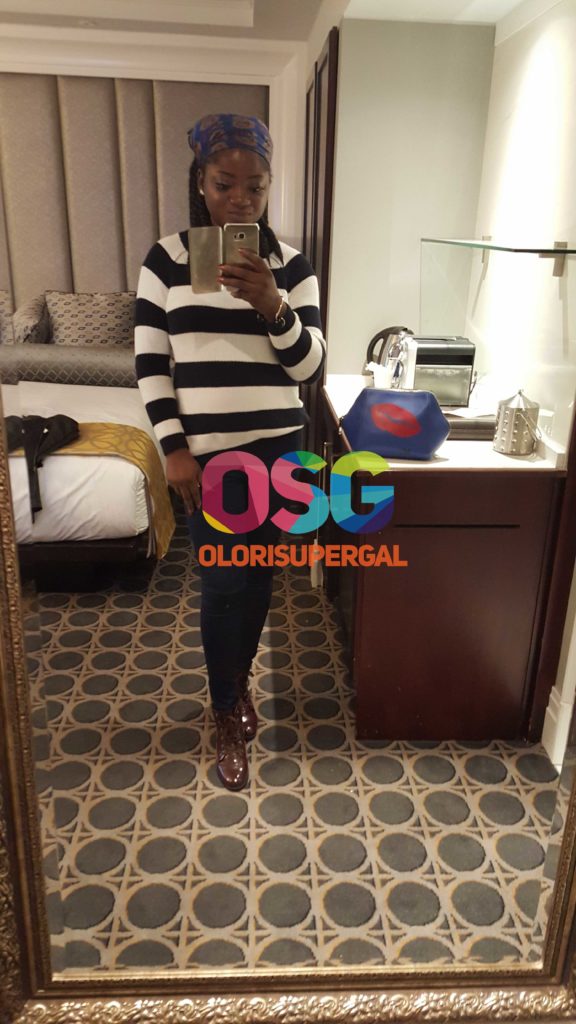 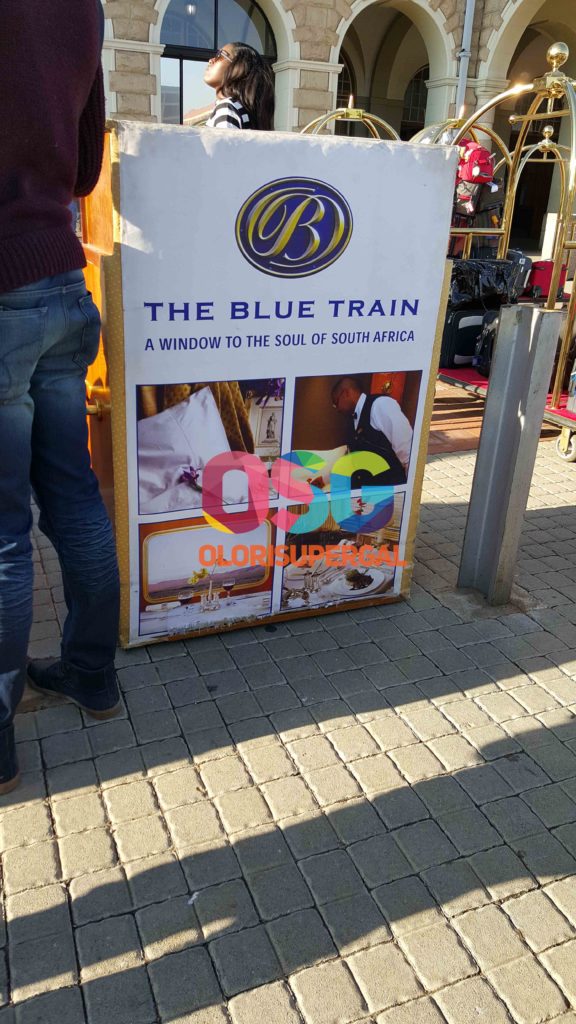 AT THE BLUE TRAIN STATION IN PRETORIA 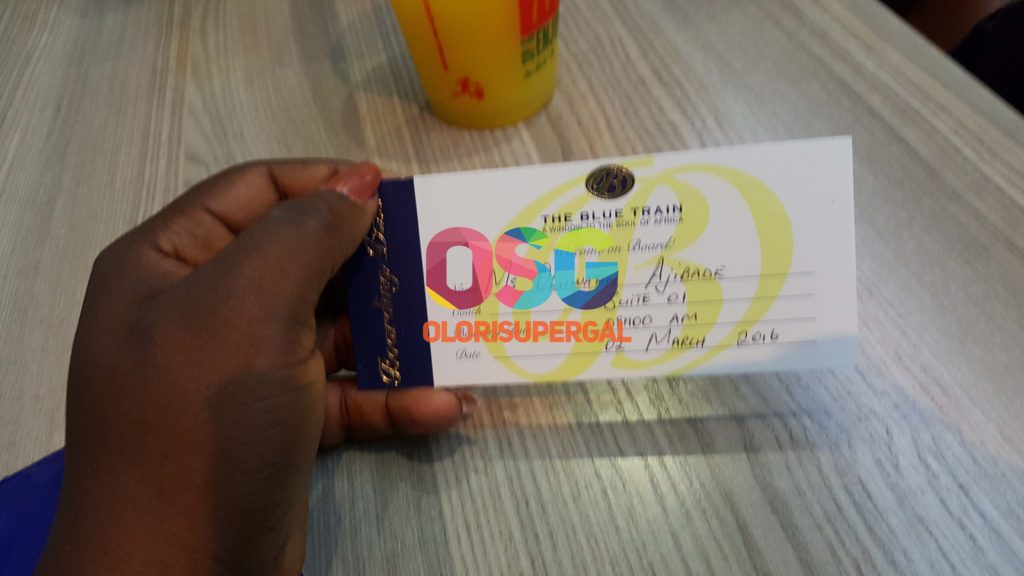 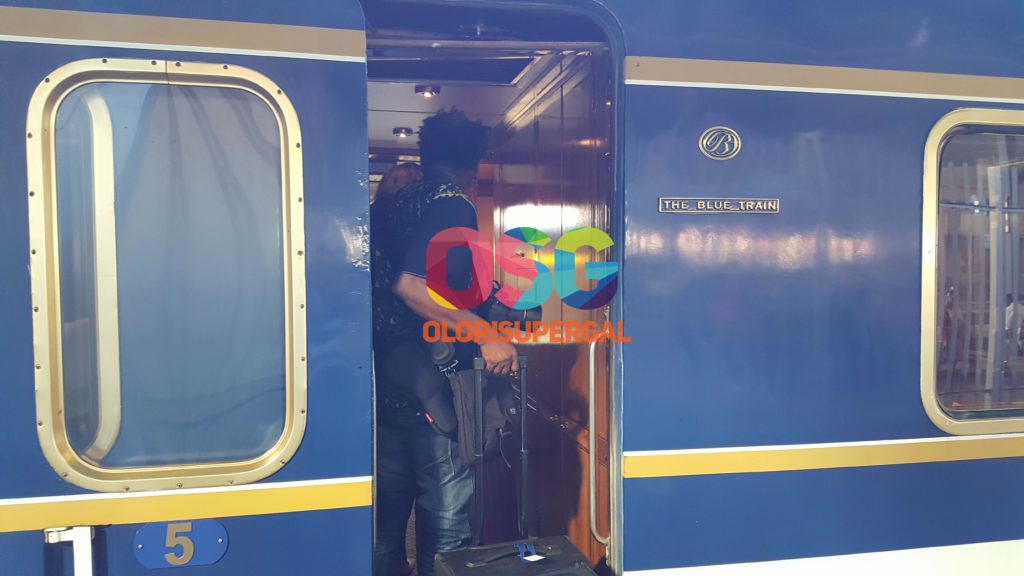 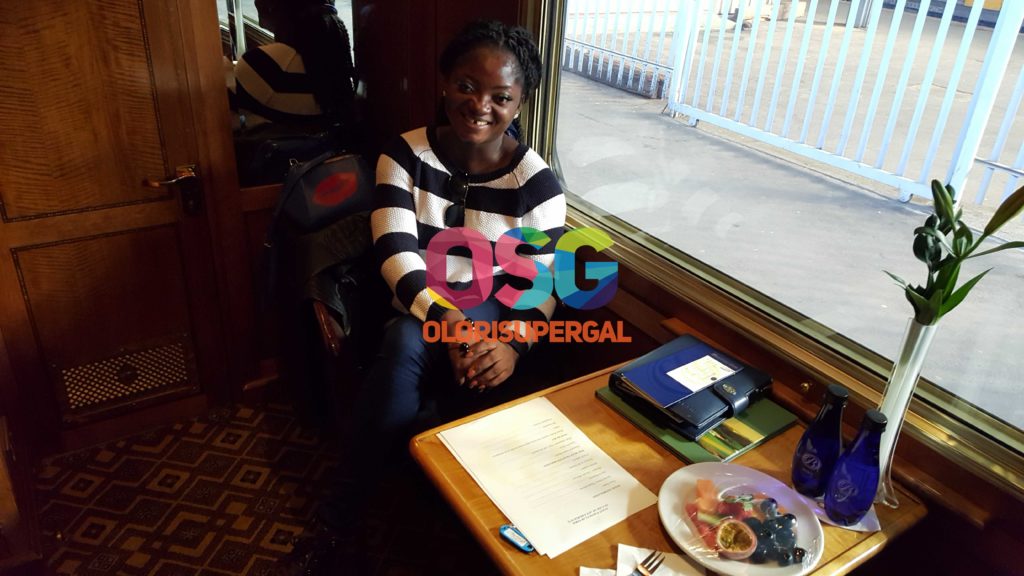 Once we boarded we were all checked into suites which had a private sitting room, fold up beds, ensuite bathroom, wardrobe and a TV.  Apart from the private suites on board, there were different cars which served different functions on the train – there was the smoking lounge, a bar, main kitchen, and a dining area. 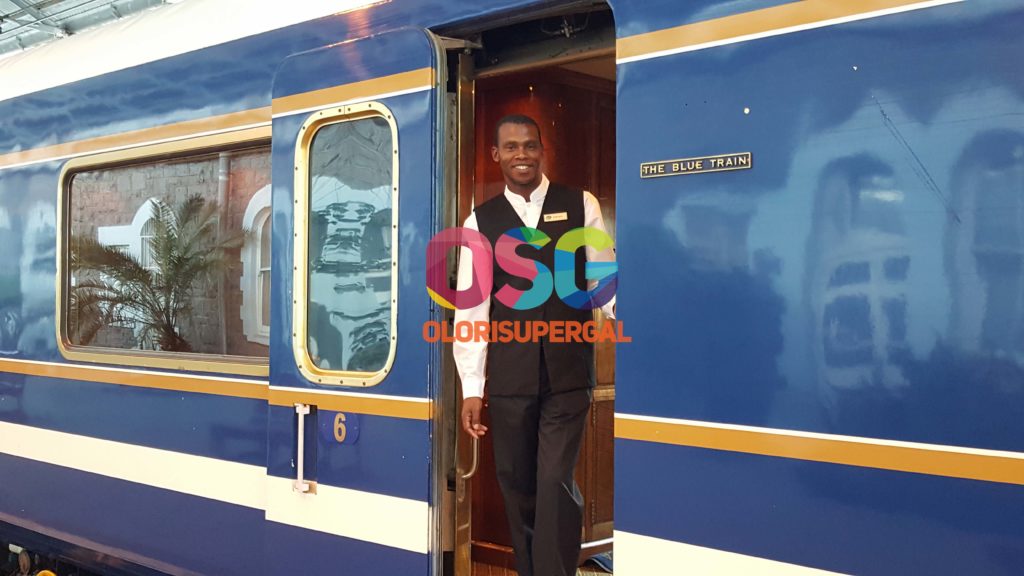 Some of the rules given to us on the Blue train included: no phone use in public areas, no smoking in public areas, and the dress code for dinner was formal. The train ride gave me time to bond with the rest of the group especially my room mate – Thobi Duma. Sadly, I was only given 50MB data (these guys have no idea what I do for a living!!!) Lunch was at noon.

As I took in the lovely scenery at lunch time, M.I decided to add to entertainment by giving us a quick freestyle.

Meanwhile, the other half of the group were in Sandton and they also had lunch at Hardrock Cafe in Johannesburg. Check out their selfie below;

Before we arrived at CT, we made a quick stop at Kimberly. While we in the town we visited ‘The Big Hole’ where the first diamonds here were found as far back as the 1800s. We were shown different shapes and colours of diamonds – white, yellow, brown and black. 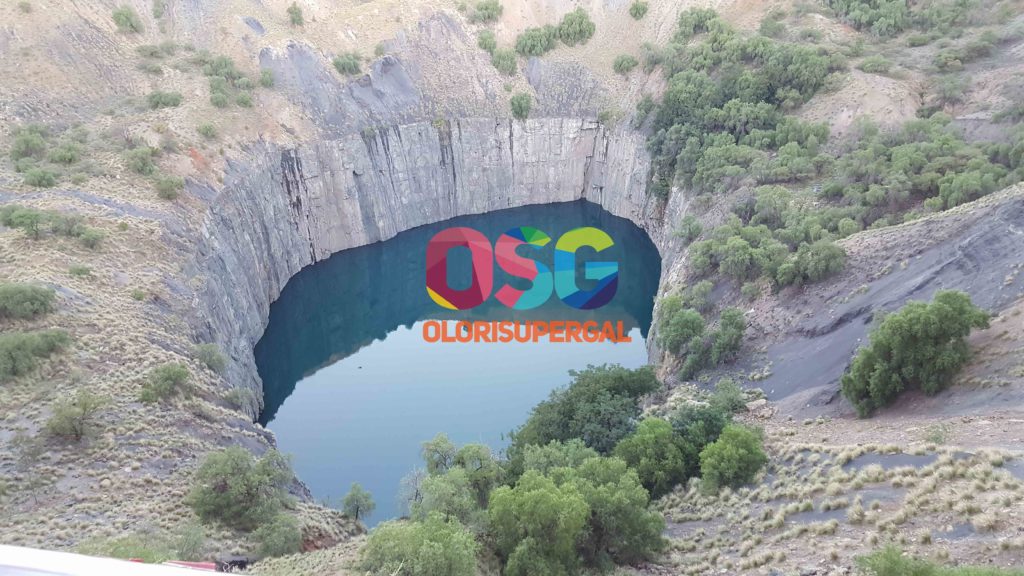 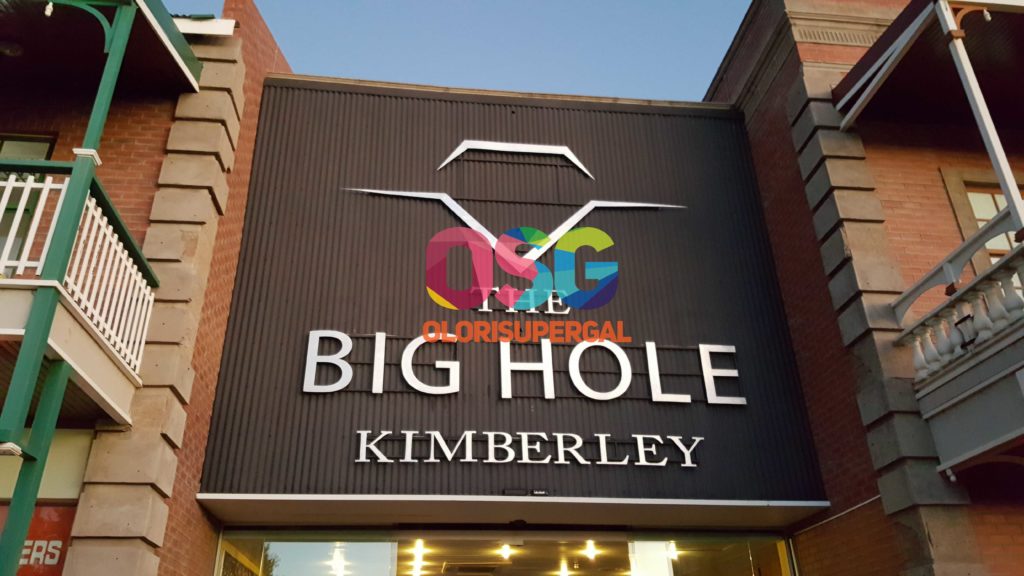 We were welcomed back on board with shots. (And we were given the cute glasses as souvenirs). After this we all headed to our suites to freshen up for dinner.

The journey was smooth; the train manager was so courteous. Did I mention we had a butler! He did an amazing job of making sure we were comfortable.

Welcome to the Mother City

We arrived the city of Cape Town at 2:14PM. Upon arrival, there was a bus waiting for us. We were transferred to African Pride Crystal Towers Hotel and Spa.  At the hotel we were introduced to Kingsby, who was our tour guide and given our room keys.

Boy were we in for a treat, we were given relaxing spa treatments just before dinner.

We went to dinner at Sevruga restaurant at the Waterfront. Here we caught up with the Ghanaian group which included rapper D’Black and actress Joselyn Dumas. 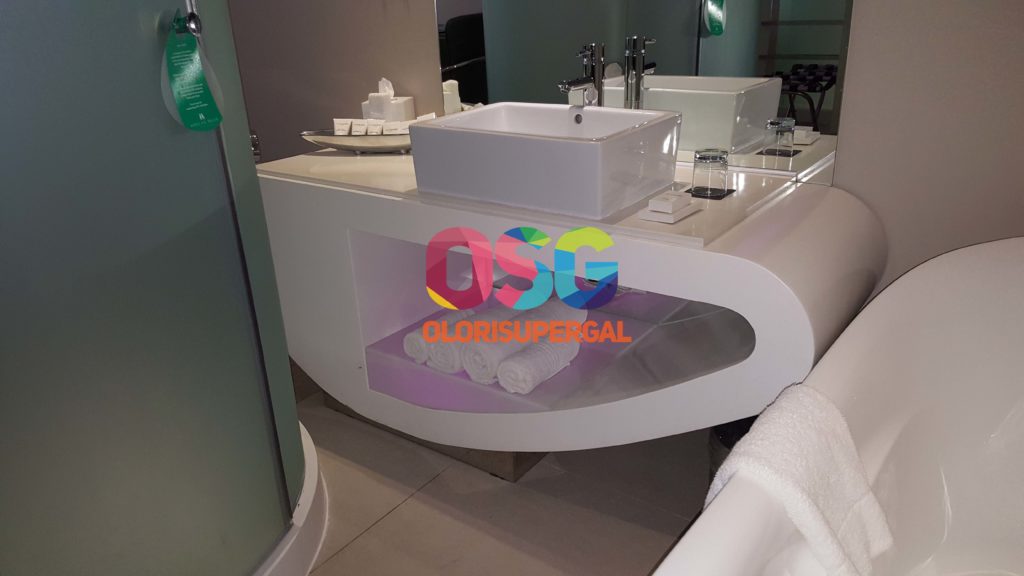 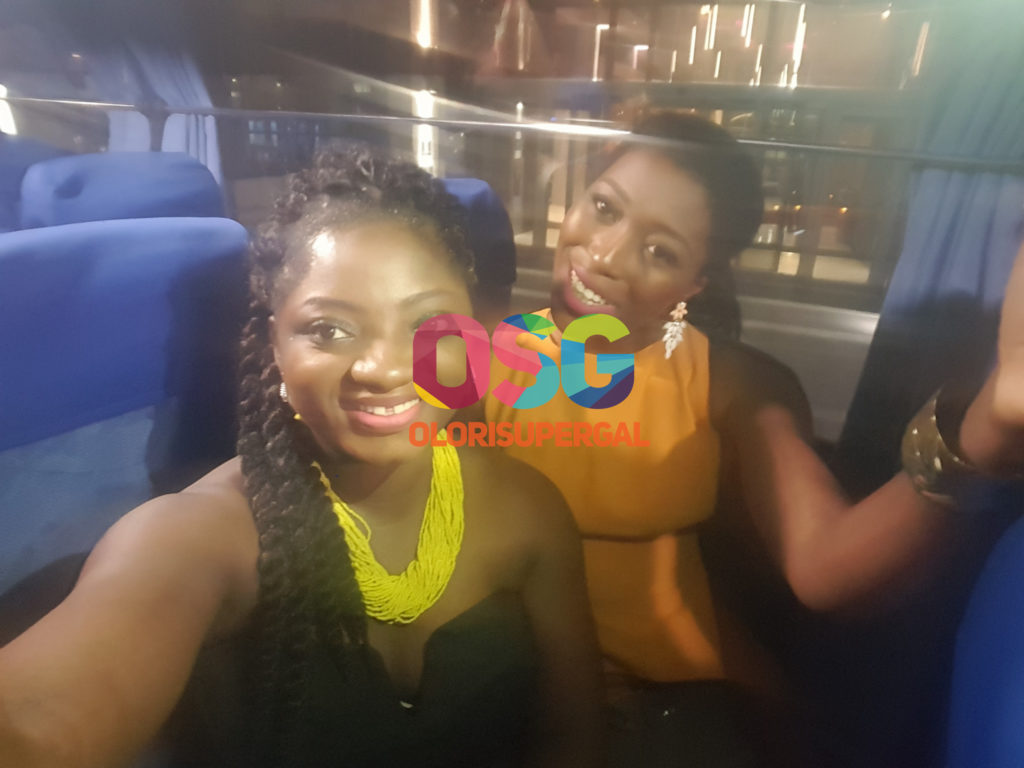 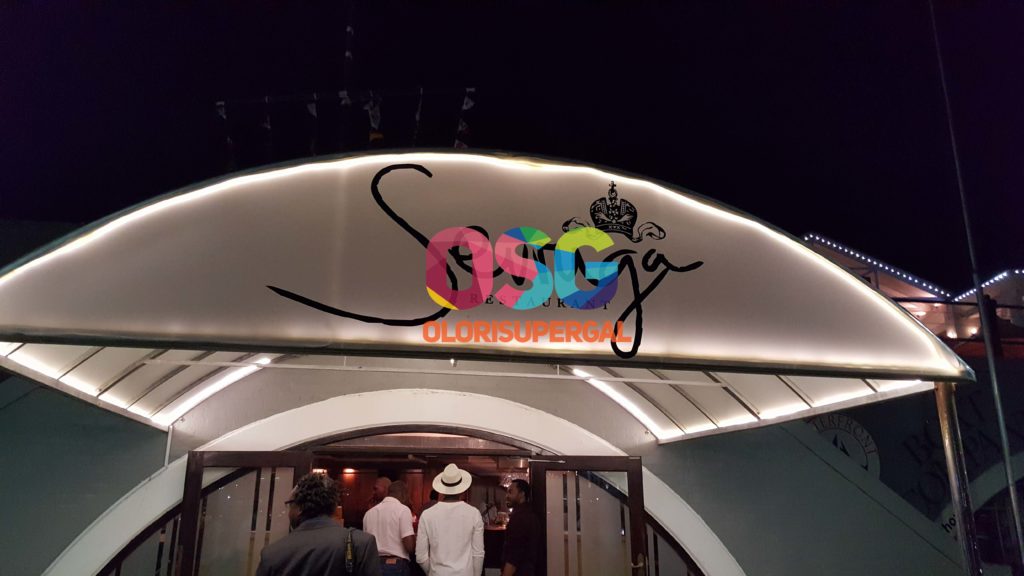 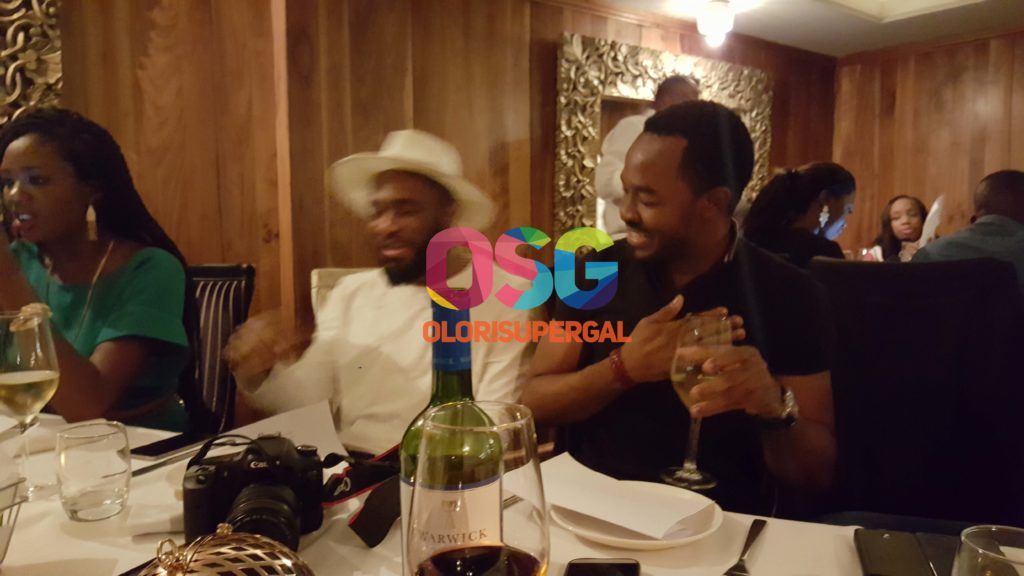 I have never been on a Harley in my life. (An Okada, yes!) On getting outside after breakfast on the morning of Friday, March 4, 2016, we saw bikers parked in front of the hotel. 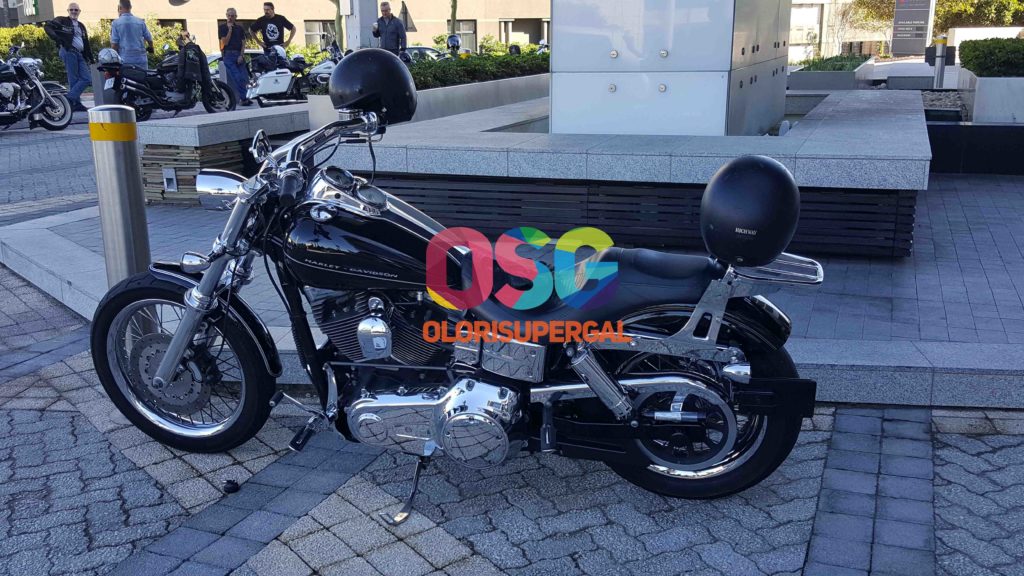 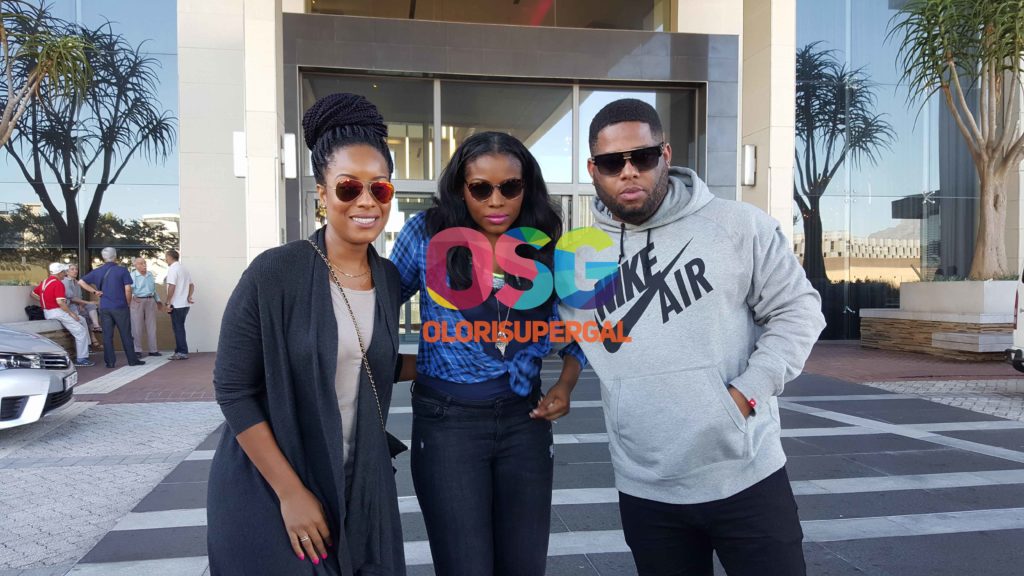 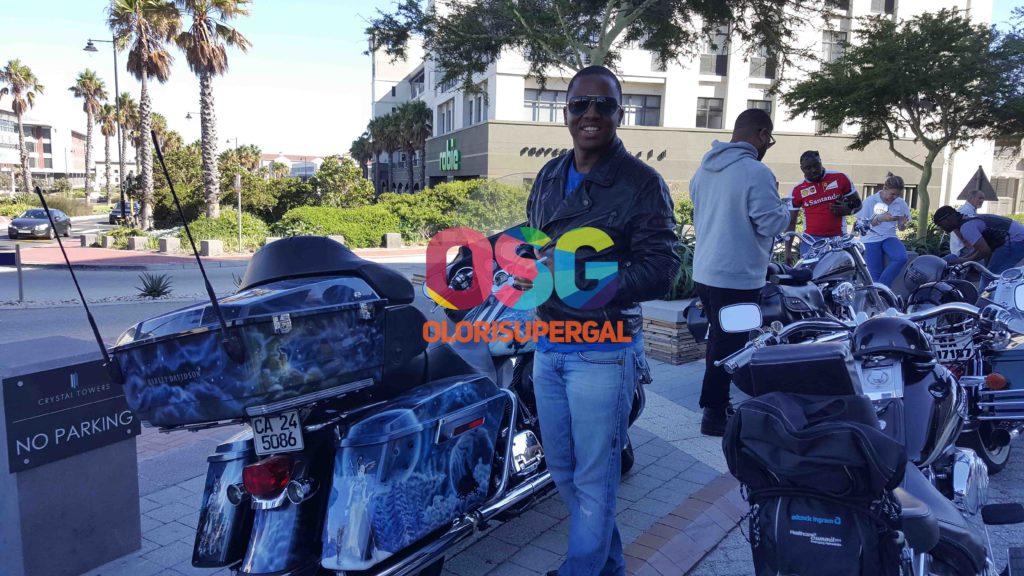 We were allowed to choose any Harley Davidson bike we liked. What attracted me to the bike I chose was the weird artistic elements on it comprising badges, stickers and skulls! We rode from the hotel to Cape Point. Despite the speed of the bikes, it took us over an hour. We left the hotel at 8:57AM and arrived at our destination at 10:33AM.

Selfie with my rider #harleydavidson #Biker #NigeriaMeetsSouthAfrica #Olorisupergal #OSG A photo posted by olorisupergal (@olorisupergal) on Mar 4, 2016 at 2:11am PST

We had lunch at Two Oceans. 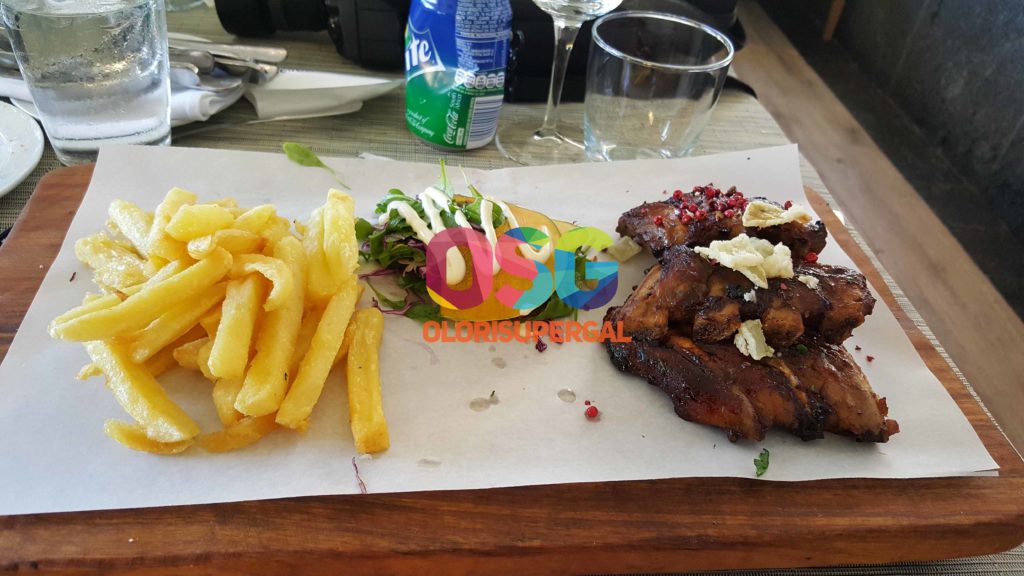 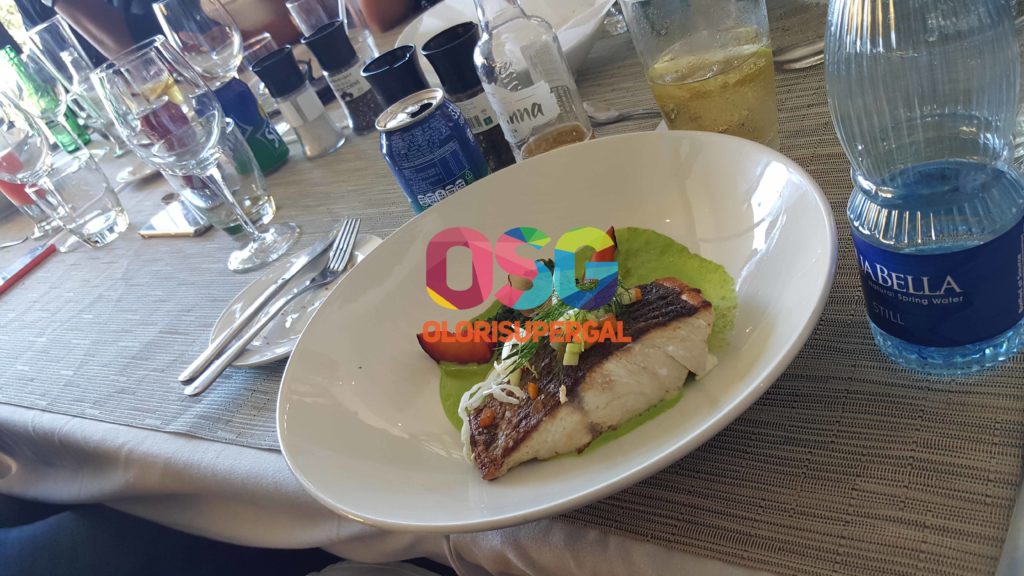 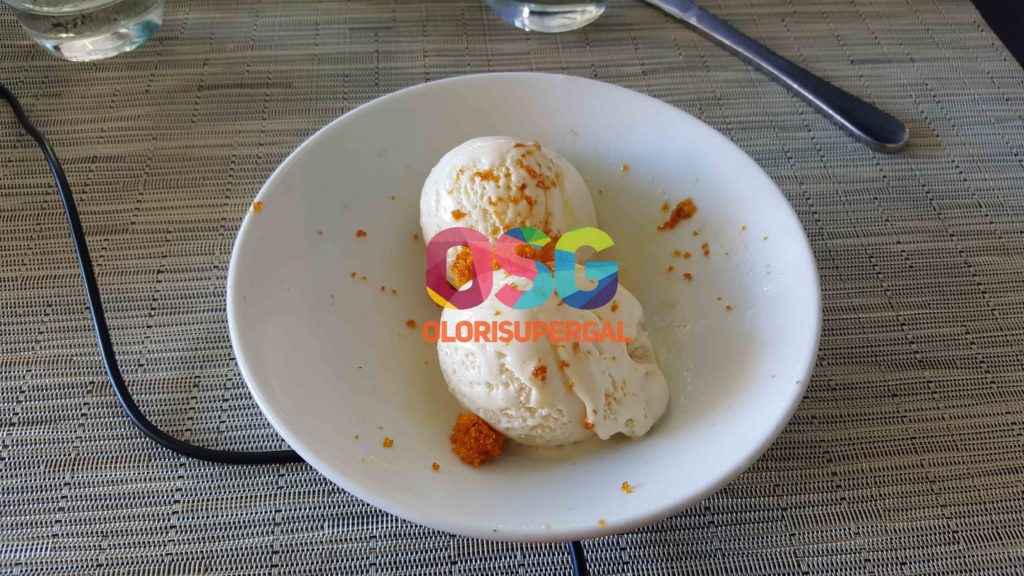 After lunch we returned to the hotel (in a bus).

For dinner we headed out to a seaside restaurant called Shimmy’s Beach Club House. 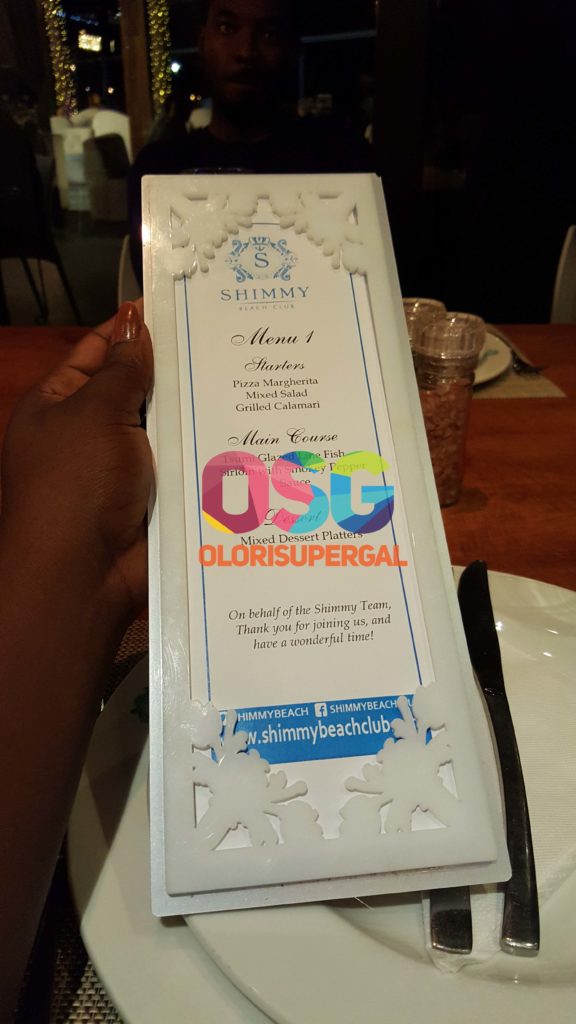 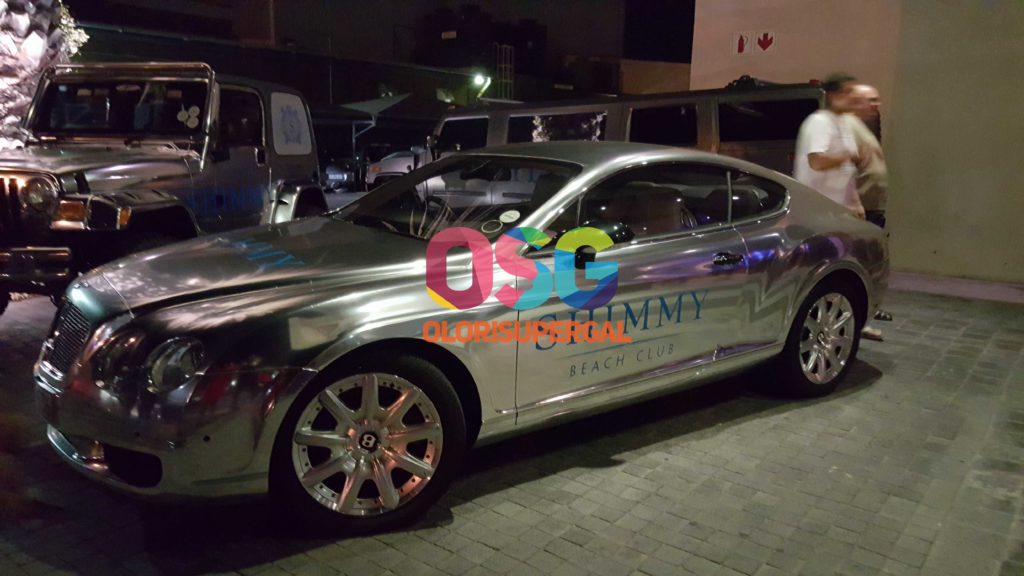 After dinner we were given a taste of the South African city’s night life. On the ride, Toolz decided to play lounge singer and indulge in some karaoke on the bus. We went to Coco Nightclub. The venue had a very sophisticated extravagant décor.

Up in the air!

Everyone came out stylishly clad for the day’s adventure which involved travelling on helicopter to a polo tournament.

We boarded a chopper from Victoria and Alfred Waterfront Cape town to the Veuve Clicquot Masters Polo event at Val de Vie Estate.

The opening ceremony of the tournament kicked off with the players of two different teams parading the field. It was hot, sunny and lovely. There was also a catwalk runway which exhibited pieces by fashion brand D’Oré.

An after party was organized by Shimmy’s Beach Club House at the venue.

On March 6, we explored the beautiful scenery around us and went to the top of Table Mountain via a cable car. Getting to the top took us about five to seven minutes. On the way up we got an aerial view of Cape Town. We had lunch on the top of the massive land form.

On the way down I spotted a couple of hikers making their way through the mountain path. The mountain itself was flanked by beautiful orographic clouds.

Now we’ve connected with land, next up was water. After a quick shopping break, we boarded a luxurious yatch called Mirage 760.  We left from Victoria and Alfred water front to Camps Bay. As we enjoyed nibbled on canapes and sipped champagne, we took in the gorgeous sun set.

We returned to Jozi on March 7, 2016. The flight lasted two hours. We were lodged at the Sandton Sun hotel. We allowed free time to ourselves until dinner time.

At 6PM, we had a surprise birthday party for Praiz and Onyeka.

I’ve read books and seen videos featuring people in hot air balloons. Never in my life did I imagine I would be in one.

We checked out of the hotel at 4am, by 5: 30am we were up in the air floating in a wicker basket! There were seventeen of us in one hot air balloon. From up above, I spotted Zebras and several animals running through the fields and hills beneath us. The ride ended an hour later.

After the ride we returned to the point of departure for breakfast. We were awarded certificates for our courage.

By 9:15am, we made our way to O. R Tambo airport for our flight back to Lagos.

A week-long of amazing experiences and adventures never to be forgotten. South Africa’s travel destinations hold so much beauty. For every city and providence in South Africa, there is something for everyone – young and old to match your interests and travel budget.

In as much as we love our country Nigeria, this is the time our government needs to do something about our tourism in Nigeria. How often do we sell Nigeria to ourselves as Nigerians and how do we sell Nigeria as a tourism state to foreigners? This is a wakeup call to our commissioners and government parastatals. Nigeria needs to be on the list as one of the countries in tourism.

“And we saw the rainbow 🙂