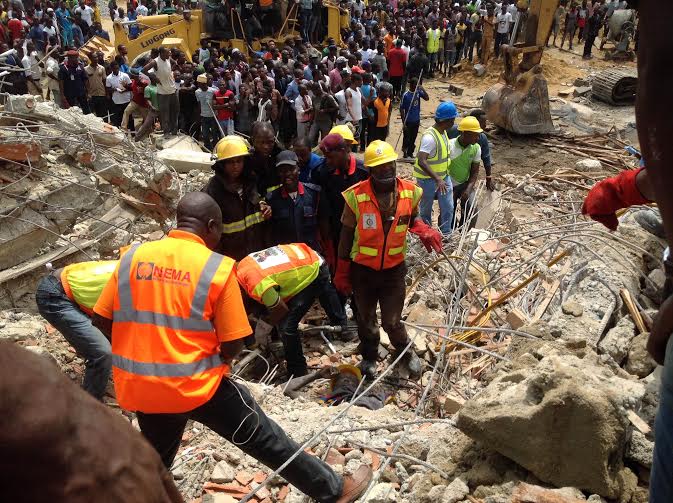 The Lagos state government has sacked three government officials in connection with the collapse of a building at Lekki Gardens estate last week.

You can read about it here

The directors of Lekki Gardens estate have been arrested and charged to court and the Lagos state government has ensured that officials directly involved also face the music.

Adeigbe Olushola, an engineer and general manager of the Building Control Agency, (LASBCA) Adeoye Thomas Adeyemi, head of inspection and quality control in the agency, and Dosunmu Gbadebo, zonal district officer in the agency have all been sacked.

Akinde Adenike Sherifat, zonal head of Eti-Osa west of the agency, was also compulsorily retired from the civil service.