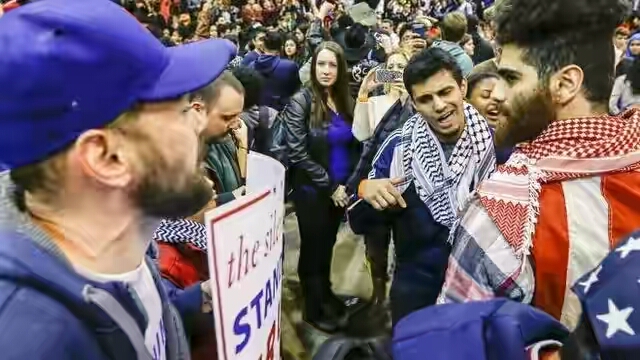 Republican candidate, Donald Trump has certainly had an interesting campaign filled with highs and lows.

Despite several incendiary comments, Trump is still leading the Republican pack in the primaries and looks a solid bet to pick up the nomination.

Fresh off the back of victory at the second Super Tuesday, Trump’s campaign rally at the University of Illinois, Chicago has been suspended.
Fighting broke out between protesters and Trump supporters hours before Trump showed up at the rally.

Trump said in the aftermath of the violence, “I represent a large group of people that have a lot of anger,”
“There is tremendous anger out there on both sides.”