Brazilian President Refuses To Step Down Amidst Impeachment Threats 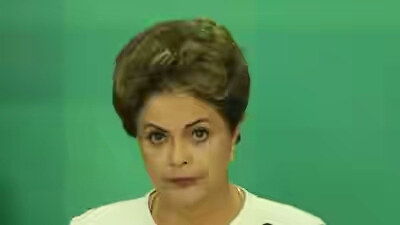 Brazilian President, Dilma Rousseff is currently fighting to remain president in a stringent test of her political mettle.

An investigation of state oil company, Petrobas which implicated many political figures close to Rousseff eroded public confidence in her government early on.

The economy has also experienced a tremendous slump on her watch as there’s an ever increasing threat of her impeachment.
Luiz Inacio Lula da Silva, Brazil’s former President is also under investigation for money laundering and his investigation has far reaching implications for Rousseff.

Lula is Rousseff’s political godfather and she had publicly defended him as prosecutors push for the 70 year old ex president to be placed in preventive custody.

Rousseff has insisted she will not step down despite the allegations.