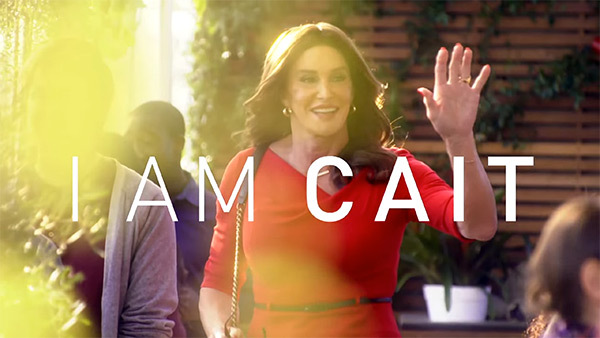 Check out the highlights below;
*   E! Entertainment, channel 26, GOtv Value and GOtv Plus

I Am Cait: The second season of the intimate documentary series continues to follow reality star Caitlyn Jenner on her ongoing journey to self-discovery. She becomes open to new, unexplored aspects of her life as a trans woman, including dating and romance and is pushed to her limits on a road trip with her close-knit group of friends, as they challenge the star on her political views, and her understanding of being transgender and of being a woman. From Sunday 13 March at 20:00 CAT.

Busted and Disgusted: This is a reality series that features hidden camera footage of the disgusting things people do while they think nobody is watching. This shocking hour-long show will have you convulsing in disgust as you experience the vile nature of some of the grossest behaviour ever caught on tape!  Each episode features a collection of video clips that loosely follow a theme. Premieres on Friday 11 March at 21:00 CAT.
Hot Gigs Season 1: Hot Gigs is packed with the sexiest, funniest commercials from around the world!  Every episode is hot, hilarious and extraordinary – these commercials must be seen to be believed! Premieres on Friday 11 March at 22:00 CAT.
The Deer Hunter: Winner of five Academy Awards, including Best Picture and Best Director, The Deer Hunter is one of the greatest films ever made about friendship and the personal impact of war. It’s an expansive portrait of friendship in a Pennsylvania steel town, and of the effects of the Vietnam War. Led by the trio of Robert De Niro, John Savage and Christopher Walken (who won a supporting actor Oscar), the beginning of the movie is dominated by an engrossing Russian Orthodox wedding and reception. It airs on Monday 7 March at 21:00 CAT.
Event Horizon: Lawrence Fishburne and Sam Neill (Jurassic Park) head up a strong cast as the reluctant leaders of a rescue mission sent to find out just what in the hell (literally) happened to the crew of a long-vanished experimental spacecraft in this dark horror film. It airs onSaturday 12 March at 21:00 CAT.

*   Sony Channel, channel 21 on GOtv Plus
Corrupt Crimes: Corrupt Crimes investigates recent crime stories with expert analysis and dramatic storytelling. Exposing corruption across the United States is the goal of the series. Cases include: crimes of passion, wiretapping espionage, treason, insider trading, government corruption, the black market, piracy, murder, blackmail, conspiracies and more.  An example of a crime featured in the series is – an ATM heist that resulted in nearly $45 million being stolen worldwide! Airs from Wednesday 2 March at 16:20 CAT.

*   Disney Junior, channel 60, GOtv Plus
Doc’s Pet Vet: The Doc has another string to her bow…she can help pets! Join us for Doc McStuffins Pet Vet, including 3 premiere episodes throughout theweek, where Doc not only helps her toys, but becomes a little veterinarian. From dogs, to goats…Doc McStuffins can fix them all. Stay tuned to Disney Junior for a fortnight full of magical medicine from the Doc! Doc’s Pet Vet kicks off on Monday 7 March at 09:35 CAT.

*   Telemundo, channel 14 on GOtv Plus
Under the same Sky: Jacob receives a call telling him that several people have been attacked by an aggressive group. When he arrives there, he is shocked to find Adela. Luis is keeping more and more things in his room for Willy. He is being paid a lot of money for what he is doing, and feels great. Adela realises that Rodrigo has come back, and swears to avenge her brother’s death. She follows Rodrigo to a hotel. Premieres weekdays at 17.10pm.
A Passion for Revenge:   Arturo reveals to Sofia that he can’t fight his feelings for  her anymore. Soledad tries to find a document in Cayetana’s studio. Juana asks Arturo who he is in love with, and Arturo reveals that it is Sofia Del Junco. Beatriz kisses Samuel, and Arturo sees them. Premieres weekdays at 6pm.