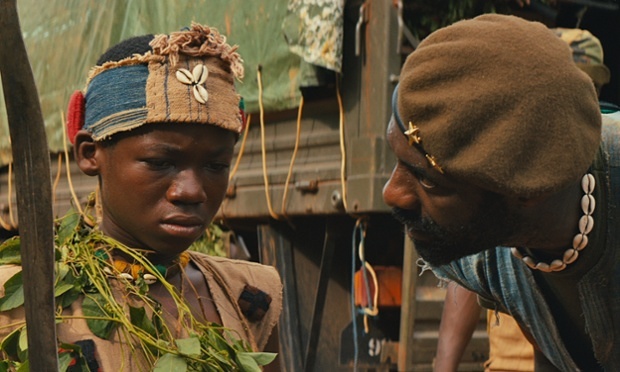 “Beasts of No Nation” star Abraham Attah is apparently moving to the USA (from Ghana), where, according to Nigeria’s EbonyLife TV network, he’ll attend school thanks to a scholarship from Netflix – the company released “Beasts of No Nation” as you’ll recall, hence the connection.

Attah received much deserved acclaim for his performance in the film, including the Best Actor trophy at the 2016 Spirit Awards just a couple of weeks ago.

Attah isn’t attached to any other film or TV series; last year, he filmed a short film titled “Out of the Village,” which was directed by Jonathan Stein, and counts “X-Men” director Bryan Singer as one of its producers. The 16-minute film that follows a brother and his sister during the Ebola outbreak (set in an “unnamed West African village” of course), is currently touring the international film festival circuit.

The film, which was shot in Ghana raised over $20,000 via a Kickstarter campaign last year. I’m sure Attah’s newfound fame will help draw attention to it wherever it screens.

#NNTD REGISTRATION EXTENDED TILL THE 12TH OF ...