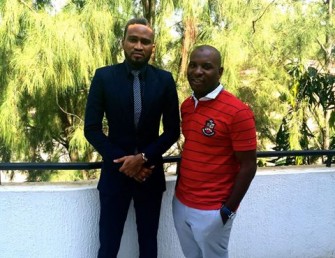 Mustapha Audu, the son of former Kogi state governor, Prince Abubakar Audu, has denied allegations that he raped a girl in 2007.

Lotabna Igwe Odunze published the allegations recently and revealed that Mustapha Audu and his brothers raped her repeatedly in 2007.

In an interview with Signal magazine, he refuted the allegations. Although he admitted to an affair with his accuser, he claims she had turned 18 before the affair began.

The affair began when the pair met at Alteq where Lotanna Igwe worked as an intern.

“Our relationship lasted like a month and a half. Not even up to two months. I found out she was sleeping with my friends. She slept with a couple of my friends. I discovered and told her about it. She told me she loved me, she wanted to marry me and was madly and deeply in love with me” He said in the interview

He also alleged that the allegations are part of a publicity stunt planned.

“But the main reason I am doing this is because I got a call today, someone told me that her friends disclosed that she’s being planning this for while, she is actually writing a book and planning to finish a book, she wants to start an NGO, she wants to appeal to the US government about surviving rape in Africa and she wants to use my family, because of my family’s political name to get traction. I heard she is getting influential people involved, I hear she has involved the lady behind the Bring Back Our Girls campaign, Dr. Oby Ezekwesili. Dr. Ezekwesili reminds me of my mum.”