One of the major highlights of the concert was when a lady fan beat the venue security and ran onstage while 2face was performing.

The unidentified lady grabbed the pop icon from behind, pulled him close, stripped off her top and attempted to take 2face’s clothes off.

Annie Idibia who was present to cheer her husband’s performance looked dazed at the occurrence.

Everyone including the security had thought it was one of creative director Efe Omorogbe’s skits but apparently it wasn’t.

It took a while before the security could pull her away from the Star Music Trek stage.

See photos from the bizarre encounter below: 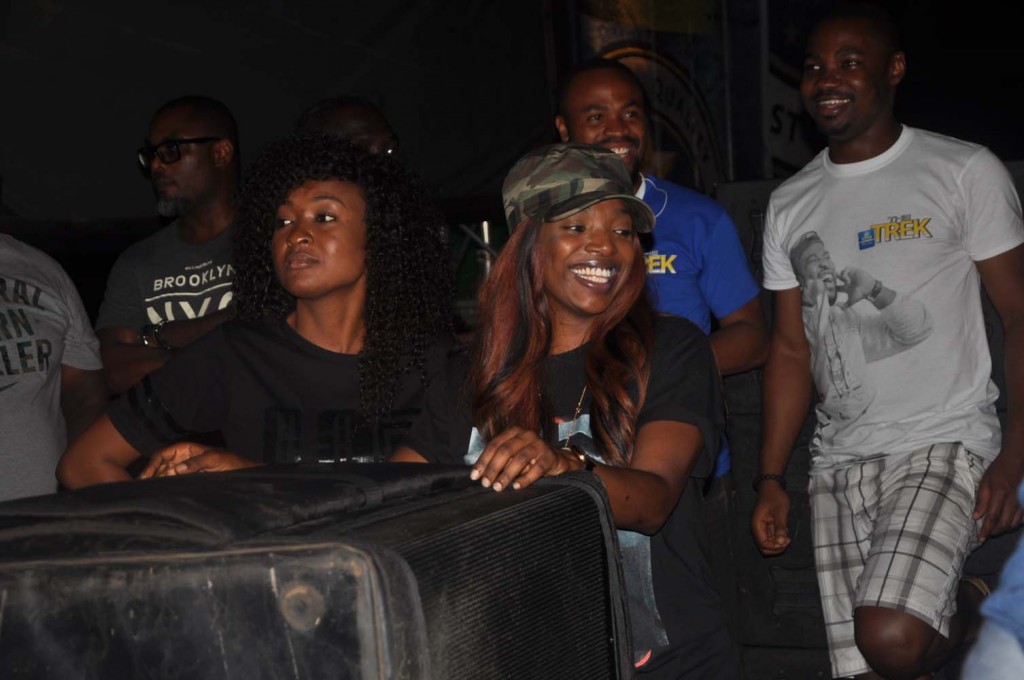