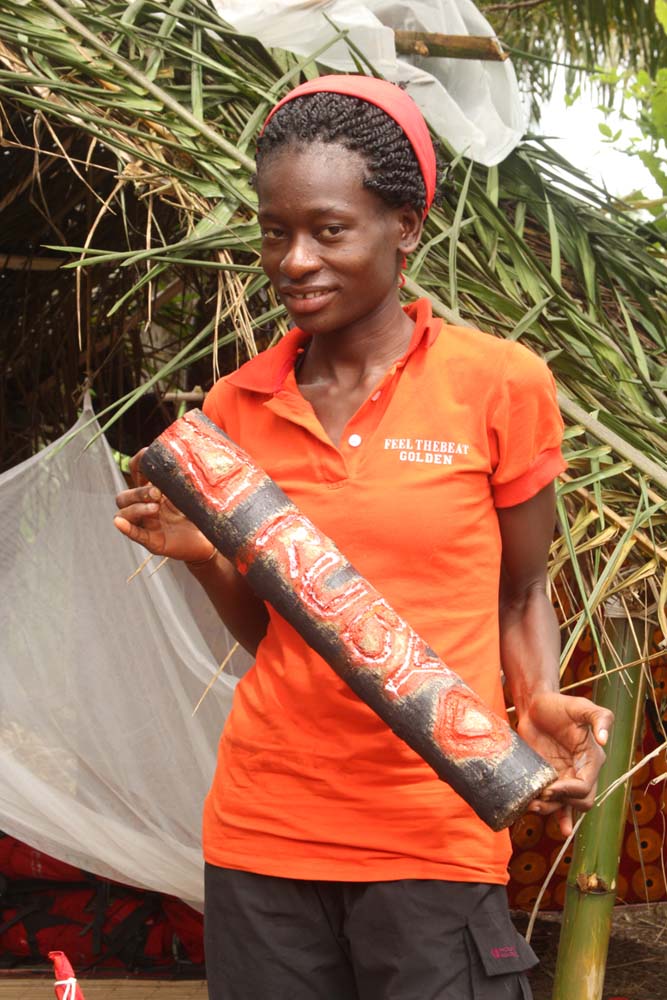 Samantha Appi has emerged as ‘The Last Woman Standing’ of Gulder Ultimate Search 11 after Evi Addoh got evicted for giving up during the ‘Bucket Trap’ task.

The title of Last Woman Standing comes with a new urban 2014 Ford EcoSport SUV in addition to the prize money for the position that she eventually finishes in.

Evi’s eviction came as a result of her failing the ‘Bucket Trap’ task, which involved a contestant pulling a bucket of sand weighing exactly 30% of their body weight and keeping it from touching a watermelon on the ground. The task was aimed at identifying the strongest and weakest warriors.

After a while, Evi gave up, allowing her bucket of sand touch the watermelon. This led to the anchorman Chidi Mokome evicting her from Gulder Ultimate Search XI.

At the end of the task, Otto Canon was declared winner while Samantha was asked to look around and describe her observation. She stated, while blushing;

“I’m just realizing it sir, Evi is not there”

“Yes Evi is not there, Evi has fallen by the way side and that should lead you to another realization, you are the last girl standing”

The other contestants cheered and congratulated her on the achievement.

A night before, Noela Iroh got evicted from the show after failing to finish ‘The Wall’ task

Samantha Appi however will battle it out with the remaining four male warriors Nne Cosy Joe, Ubachukwu Chinedu, Otto Canon Chimenem, & Afolabi Emmanuel Olusegun in the search to retrieve the General’s War Helmet.

The question is – Who will retrieve the General’s War Helmet?