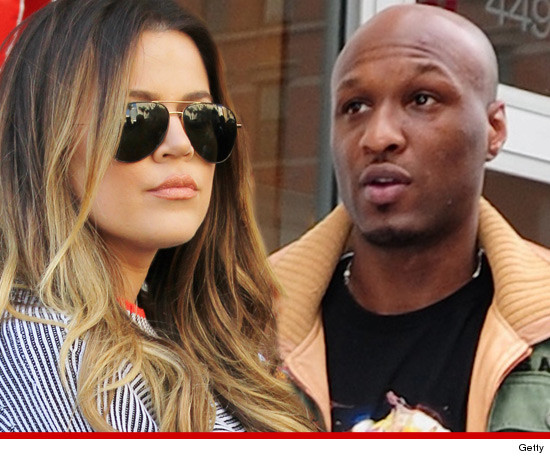 All this time we thought Khloe was a ride or die chick, only to find out she isn’t divorcing lamar because of the fortune she stands to gain from their marriage, this Kardashian family tho;

According to report from TMZ:

Khloe Kardashian has been heroic in trying to save Lamar Odom, but there’s a cold, hard fact … there’s a financial reason why she shouldn’t divorce him just yet …  because she’s set to inherit millions if something terrible happens.
Numerous Kardashian family sources tell us … Lamar has a will which leaves the lion’s share of his assets to Khloe.  Lamar has made more than $100 million dollars over his13-year career, and unlike other players, we’re told he hasn’t blown through it.

We’re also told he has a life insurance policy that makes Khloe the primary beneficiary.

As we have previously reported, Khloe is ready to file for divorce but hasn’t done so because she fears it would push Lamar over the edge.

This is not to say Khloe is motivated by money.  Everything points to the fact she is NOT and she really cares about Lamar.  But reality is reality.